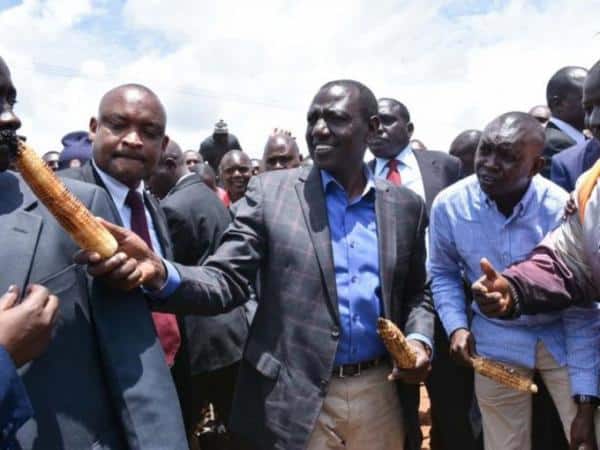 Deputy President William Ruto has said he is optimistic he will win the top seat in 2022. He said his opponents have resorted to using newspapers and opinion polls to distract him.

“The time my competitors were gathering opinion polls and publishing fake news on newspapers, I was busy planning on how to construct roads and connecting water to peoples’ houses,” Ruto said. He spoke during gatherings in Namanjalala, Endebess and Kaplamai in Trans Nzoia county on Friday after officially opening Lessos-Kolongolo-Chepchoina road.

Kutuny urged residents to avoid voting along tribal lines in 2022. “In 2022, you should consider voting for a development-oriented leader and avoid leaning towards tribal factors while voting. That is why Ruto is the best option,” he said.

On Wednesday, Ipsos released a poll which showed Kenyans believe Ruto is the most corrupt leader at 33 per cent. Pollsters interviewed 2,016 adults across the country between July 25 and August 2 on a variety of issues.

Ruto said he will unite with like-minded leaders to get support from other communities to ascend to State House. The Deputy President said the government has allocated Sh12 billion to construct 217 kilometres of road in Trans Nzoia.

He said another allocation nof Sh900 million will be injected in the county to connect electricity to 20,000 households.

Ruto’s statement comes as four MPs want Ipsos Synovate compelled to reveal its source of funding for the poll.

DOUBLE TRAGEDY FOR A KENYAN FAMILY IN UK

Funny Video:Kansiime attempts to do an act of kindness