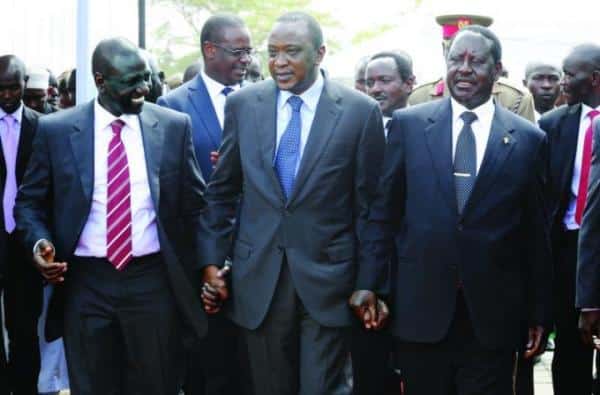 It is clear by now that Kenya will have a stormy 2022 election. It is also sad that people are thinking about the coming elections 4 years ahead! But it is encouraging to see the government begin to do something about the historical corruption that has brought about economic and social decay. However, it is sad that in doing so, the STATE is breaking the very law that it is supposed to preserve. The whole Kenya thing is a CATCH 22.

Catch-22 is a satirical novel by American author Joseph Heller. It presents a story based in 1942-1944 of American airmen in a military camp who attempt to maintain their sanity while fulfilling their service requirements so that they may return home. The government of Uhuru Kenyatta is doing the same, though not within satire but in reality. The administration could not have fought corruption actively during its first session. This is because it needed the ‘crooks” it is fighting now to win the elections. Ferdinand Waititu was going to win Kiambu county sit for governor displacing William Kabogo. Kabogo was important during the first Uhuru election because the people were going to elect him governor.

When Kiambu politics moved away from Kabogo (Kiambuians realized he was just another “crook”) the administration moved away from Kabogo! It is that simple: politics has nothing to do with reality, but perception. Uhuru cannot be seen to be using crooks. He has to be perceived to be fighting corruption. He is in a CATCH 22! To remain sane in a country at Political “WAR”, he has to do something in this final term to go home ‘victorious’!

This does not mean the president does not want to see Nairobi cleaned up, he does. Had he won the presidency before the new constitution, he would have done a better Job as president given his historical desire to clean up Nairobi and make it a marvel for Africa. But the new constitution is a nightmare: It limits the resources available for development. The national Dept. is over 50 percent GDP and the civil service bill created by the new constitution is astronomical. There is no way Kenya can develop with the new constitutional mandates! Given that the government has no money to do development, politics has to create a sense of action: Thus the demolitions. Cleaning Nairobi does not put ceiling in the classrooms in Kinangop so that children can study in silence, or cement the floor so that children avoid mud! Cleaning Nairobi gives politics a good name!

All the buildings being demolished were constructed legally! The law worked! But crooks man the institutions! How could Kabogo clean up Kiambu? How can Joho clean up Mombasa? How can the police arrest criminals? And Waititu? Can Raila claim innocence or deputy president claim purity? Who can throw the first stone? The whole political process is filled with corruption! Even Kenya’s supreme court was accused of being corrupt! The mwananchi can only stand on the fence and scream, “HELP!”

Kenyans know this historical problem. But what can they do? Who in Kenya’s politics is innocent of some form of corruption? The people are constantly presented with candidates who are corrupt! During 2012-2013 I was an election observer with Center for Multiparty Democracy. The center has been working in Kenya to promote women candidacy. Its chairman was the now speaker of the house Justin Muturi. After observing the polls, my final conclusion was, “the Mwananchi is doomed!” Corrupt people man the system. And in order for the president to be elected, the process involves ‘darkness’. Waititu’s Kiambu win gave the president votes, but at what cost? That was yesterday!

Given this dire state of affairs, what can the voting mwananchi do? What action can he take to safe himself and the country? This is the million Shilling question that no one has an answer to. I am also struggling with the same question! The reason is because; Uhuru will finish his tour of duty and go home (Catch 22). Then, either Raila Odinga or William Ruto will take over the mandate. Neither of them are ‘Boy Scouts’. My kid brother is an Eagle Scout: They always look out for the good of others! There is no guarantee that the new roads will be maintained in the future! Or the fight against corruption will continue.

This dilemma reminds me of the confrontation between Yesu Kristo and the Jewish leadership. A woman was caught in adultery. Within the Jewish law, she, not the man was to be stoned to death! They brought her to Jesus and after the accusation, he stated, “let he without sin be the first to throw a stone” John 8:7. Jesus let them condemn themselves knowing that SATAN controls the earth! He could not change that! However, he went ahead to offer himself as a sacrifice for individual salvation. He knew that was the solution.

As a priest, my role is to observe, then recommend that each individual note; since both the woman and the Jews had sinned, Christ offered salvation to both! Therefore, it is he among the politicians that seeks Christ’s salvation and encourages the same for others that deserve my vote!

Kenya caught up in anti-Obama Campaign