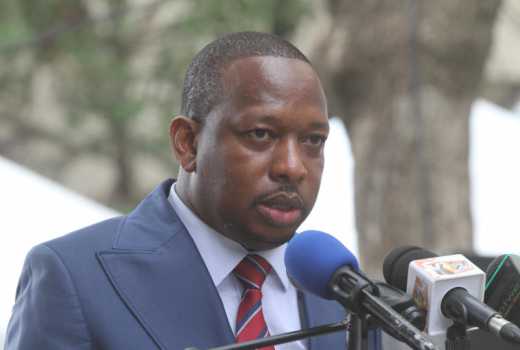 Nairobi Governor Mike Sonko on Tuesday hit out at his counterpart Ferdinand Waititu, saying he used to copy from him during CATs.

The flamboyant governor then questioned whether Waititu knows the meaning of riparian.​

“Maybe he does not know what is the definition of a Riparian land and that’s why even in campus he was copying me during CATS.

“In fact, he needs to tell us the status of a petrol station constructed on a grabbed public access at the junction of Mihango and Njiru,” wrote Sonko on his official Facebook.

This follows comments by BabaYao that demolitions in the city should stop and rivers should be moved instead.

Sonko went ahead to divulge that there is a petrol station that sits on grabbed land at Mihango.

“My good friend and colleague should concentrate on his county. He should know we don’t mix friendship with work.

“Even Weston; My Buru buru Casurina cocobeach plot; Taj mall and many other buildings shall not be spared if found to be on riparian or public land,” he remarked.

Video:We are sorry for Bondo heckling, ODM apologises to Uhuru

The Maasai Want Royalties for Use of Their Name