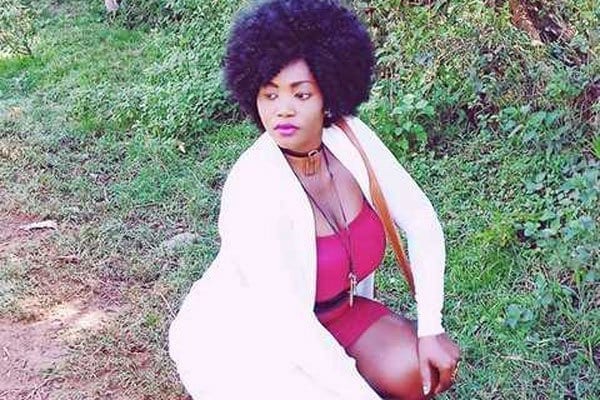 The seven-month-old foetus in Ms Sharon Otieno’s womb may have been the key target of her gruesome murder last week, detectives investigating the case believe.

Director of Criminal Investigations George Kinoti said on Sunday that the killers ensured that they stabbed the baby. An autopsy on the second-year medical records and information student’s body showed that she was strangled and stabbed eight times — four on the back, three on the neck, and once on the left side of her abdomen — leading to excessive bleeding.

Mr Kinoti said he has watertight evidence that will lead to the successful prosecution of those who planned and executed the kidnapping and subsequent killing of the former Rongo University student.

Detectives believe a well-organised gang headed by a godfather and comprising an agent and several hitmen carefully planned and executed the double homicide that has shocked the nation.

“The godfather hatched the plan,” said Mr Kinoti. “He is the key person who procured the offence and has a direct link to the agent, who is already in our custody.” He revealed that the agent was well connected to the hitmen who executed the actual kidnapping and murder of the student.

Ms Otieno was abducted on the evening of Monday last week alongside Nation journalist Barrack Oduor, but the reporter managed to escape by jumping off the kidnappers’ moving vehicle.

Mr Kinoti, responding to why it had taken long to arrest the culprits, said the investigation entails forensic examination of evidence and studying the complicated web of the underworld.

“This is an organised criminal ring that requires careful investigation and arrest so that we do not detain the wrong person, and also so that those we arrest do not jeopardise the arrests of others” Mr Kinoti said.

Investigations have also revealed that more people than previously thought were involved in the abduction and murder.

“The ring is thickening,” said Mr Kinoti. “The probe is bringing in more and more suspects as the days go by. Even those involved in the remotest way possible are as guilty as the person who actually stabbed Ms Otieno to death.”

Ms Sharon Otieno poses for a picture during happier times. She was abducted and killed last week. PHOTO | COURTESY

Officers privy to the investigation told the Nation that the DCI has dispatched teams to locations where key persons of interest have been located, and that the suspects’ movements are being monitored as the police wait for directions to arrest them systematically.

“We also have to ensure, albeit in secrecy, that these suspects are safe, including the one that is already in custody, whom we believe is the man at the centre of the whole plot,” an officer who requested anonymity because of the sensitivity of the matter revealed.

So far only Mr Michael Oyamo, Migori governor Okoth Obado’s aide, has been arrested. Police are also investigating a mysterious man who posed as a soldier in the Kenya Defense Forces, where Mr Oyamo initially worked, in order to gain access to where the suspect is being held.

His motive was not immediately established, and police said they monitored every move he made within the cell where Mr Oyamo is being held. The KDF distanced itself from the man whom Trucaller, a mobile phone application, identified as Lucas Ouko.

Meanwhile, Director of Public Prosecutions Noordin Haji said in Mombasa that, in the prosecution of those involved in the killing, “no sacred official” will be left out.

“No sacred officials will be left,” said Mr Haji. “Whether you are a governor or not you have to face the law. Investigations are ongoing and at the right time when we feel that the governor needs to be arrested, that will definitely be done.

Investigations sometime take time and people have to be patient, he added during a press briefing at the offices of Mombasa-based NGO, Haki Africa.

He asked politicians to keep off the matter and wait for the probe to be completed, adding that investigations will take their due course.

“We do not take orders from anybody, and neither do the IG and the DCI. Politicians should keep off and wait for the investigations to be concluded. Let’s not speculate on the ongoing probe,” said Mr Haji.

Chris Kirubi Plays Golf With Will Smith in Dubai

WORSHIP WITHOUT WALL CONFERENCE IN DELAWARE

NRMKe leader Miguna to return to Kenya next week