Enter the General: How Monica Kimani made a fortune in Juba 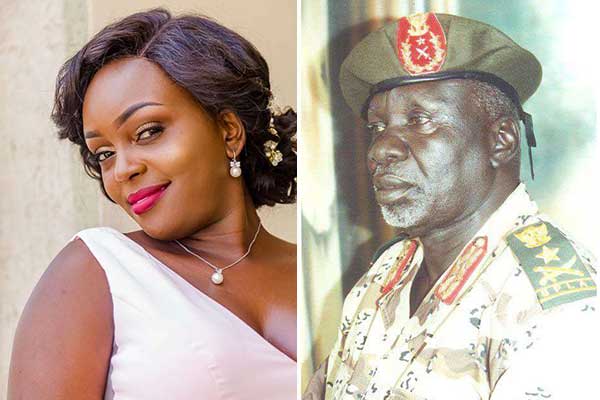 Monica Kimani’s father Paul Ngarama has dismissed claims that his daughter was married to South Sudanese politician and former warlord Daniel Awet Akot, but admits that the politician is “very close” to the family.

Close relatives and friends had claimed that Ms Kimani was married to Mr Akot, and that it is through this connection that the family’s fortunes have improved over the past three years.

Ms Kimani was killed by having her throat slit in the bathtub of her Kilimani flat on the night of Wednesday, September 19. Celebrity news anchor Jacque Maribe, her boyfriend Joseph Irungu and a neighbour, Mr Brian Kassaine, have been arrested in connection with the killing. Police are still trying to figure out the motive.

Mr Ngarama, who was a newspaper vendor in Juba in 2013, said Mr Akot, who rose to the rank of Lieutenant-General in the Sudan People’s Liberation Army and is a war veteran, helped him establish numerous churches in Rumbek, Juba and other parts of South Sudan.

Sources had claimed to the Daily Nation that Mr Ngarama moved to South Sudan in 2007 to sell Kenyan newspapers, and that soon he became well known among the Kenyan community in the country.

“He used to also deliver newspapers on a bicycle, was very friendly and lived an ordinary life,” said a man who knew the family but asked not to be named to speak freely.

He said Mr Ngarama later moved to Rumbek and became close to the then Bahr el Ghazal Governor, Mr Awet Akot, who developed trust in him.

In 2013, the source said, just a year after Ms Kimani graduated from the Kenya Polytechnic, Mr Ngarama invited her to Rumbek, where she got a job in the Governor’s office.

“The governor liked her so much that she was always accompanying him and she rose through the ranks in his office.

“Meanwhile, Mr Ngarama established the Rebuilding Apostolic Faith Mission Church, and opened branch after another with the help of the governor,” he said. The church currently has branches across East Africa.

Mr Akot, according to an online profile, got military training both in South Sudan and the United States.

Mr John Garang, his friend and age-mate, appointed him one of the 11 alternate members of the SPLA Political-Military High Command, making him one of the most powerful military commanders.

When Lt-Gen (rtd) Akot became the Deputy Speaker in the National Legislative Assembly of South Sudan, he moved to Juba with his family. He also moved with Ms Kimani who, at the time, was not working in his office. Ms Kimani expanded the family business in Juba.

“The family business dealt with courier services between Kenya and Sudan but Monica started stocking the premises with beauty products, especially from Kenya and Uganda.

“Gradually, the business grew and then she started her own interior design business in 2017 and won contracts from government offices and other private organisations with the help of Mr Akot’s connections,” the family friend revealed.

Within just two years, Ms Kimani had bought properties in Nairobi, Ruiru and Syokimau. She also bought her mother a car and had already ordered one for her father.

Her friends in Juba believe that Ms Kimani may have travelled to Kenya on Wednesday 19 with a large amount of money because Kenyan banks operating in Juba usually take time to clear each transaction.

The source claimed that despite tough laws restricting the movement of money, Mr Akot used his influence to facilitate her travel with the money.

So far police have said they did not find any money in her apartment or the house of Ms Maribe.

Ms Kimani was killed on the night of Wednesday, September 19 and 20 by an assassin who expertly cut her throat from ear to ear and left her in the bathtub of her Kilimani, Nairobi apartment.

Her brother, Mr George Thiru, found her body on Thursday after he failed to reach her on the phone for two days and she failed to turn up at Jomo Kenyatta International Airport, where she was set to take a flight to Dubai on holiday.

Three suspects are in police custody as detectives conduct investigations into the murder.

Police were Monday considering the possibility that Mr Kassaine and Mr Irungu may have engaged in a brawl before Mr Irungu was shot in the chest. He claims he was shot by gangsters.

Investigators are unsure about the possibility that Mr Irungu attempted suicide because of the angle at which the bullet entered his chest. They also believe Mr Irungu and Mr Kassaine may have been together on the night of the shooting.

A police officer involved in the investigations said accounts by the three suspects in custody about what happened on the day of shooting did not tally.

The police source added that Ms Kimani, Mr Irungu and Mr Kassaine attended the Kenya Polytechnic together, and that the three were friends and met with Ms Maribe on several occasions.

A Kenyan lady passes away in Fort Worth Texas