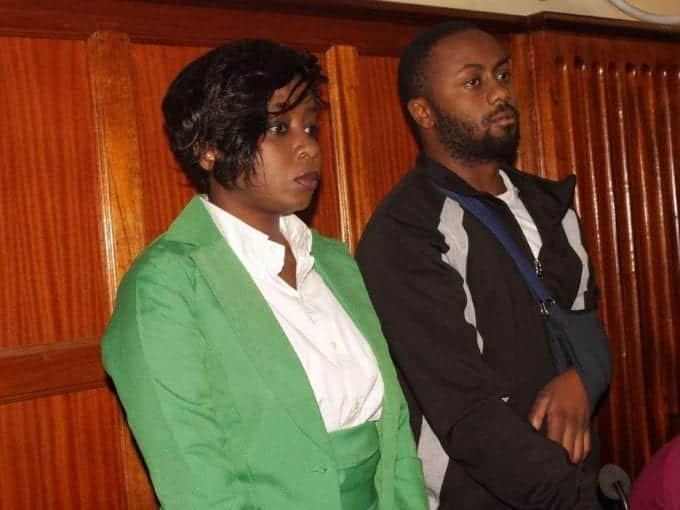 TV Journalist Jacque Maribe wants to be freed on bail, saying there are no compelling reasons to continue holding her.

In an affidavit filed in court through lawyer Katwa Kigen, Ms Maribe said she was not involved in the murder of Ms Monica Kimani, was not at the crime scene, and did not know Ms Kimani.

Further, she said, she allowed the police into her house, handed over her mobile phone, and has co-operated with the police during the investigations. She said she has not been in contact with any of the intended prosecution witnesses.

“I have co-operated with investigators and any association against me with the alleged murder, if any, is wholly weak circumstantial association,” she said in the affidavit.

Ms Maribe, 30, was arrested on September 29 over the murder of Ms Kimani, 28. She and her fiancé, Mr Joseph Kuria Irungu, have denied killing Ms Kimani, whose body was found in the bathtub at her Lamuria Gardens apartment on September 19.

Although the prosecution opposes their release on bond, Ms Maribe said she is not a flight risk and willingly availed herself on nine occasions to the police.

“I am a well-known TV journalist. Most Kenyans are conversant with my job and can easily spot me anywhere, making it impossible to jump bail,” she said.

She added that she is willing to surrender her passport to the court, adding that as single mother she is the sole provider for her child.

But prosecutor Catherine Mwiniki opposes her release on bond through an affidavit, saying several witnesses set to testify against the two need protection, and that the investigations go beyond Kenya.

The two will appear in court today for the hearing of their bail application.

In an affidavit filed in court, the investigating officer said investigations so far has placed Mr Irungu at the scene of crime, but they are yet to arrest a suspect who was with him in the vehicle after he allegedly committed the crime. The affidavit says that the vehicle used after the crime was Ms Maribe’s.

Further, the officer said, the investigations will go beyond Kenyan borders. Ms Kimani had just arrived from South Sudan the day she was killed.

Among the witnesses set to testify is a person who saw Ms Irungu burning some clothes on the night Ms Kimani was murdered. The clothes were allegedly burnt at Ms Maribe’s house in Lang’ata and the witness, who was in their company, positively identified the clothes.

She argues that her child will suffer if she remains in custody until the conclusion of the trial.

DEVOTION:THIS IS A PERFECT EXAMPLE!

A Kenyan father’s nightmare in America: Sheriff calls . . they have his son

PHOTOSHOP GIRL BACK AFTER DREAM HOLIDAY IN CHINA