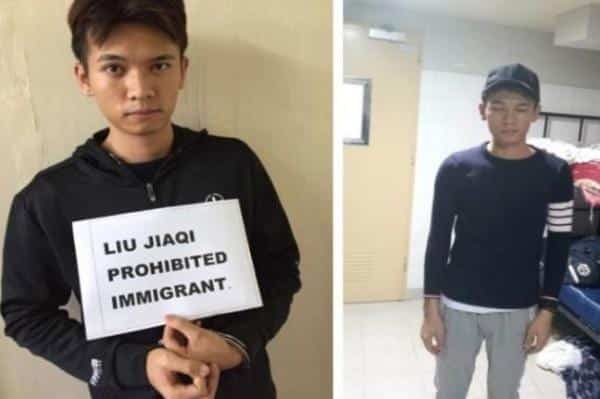 The employee who took the video of a Chinese man hurling insults at Kenyans, including President Uhuru Kenyatta, has left the firm after his contract was not renewed.

The employee who took the video of a Chinese calling President Uhuru Kenyatta a monkey has left the firm after his contract was not renewed.​

Mr Richard Ochieng’, 26, says he was the only staff among over a dozen that work at the motorcycling assembling firm whose contract was not renewed at the Ruiru based firm.

Sonlink Kenya, the firm at the centre of the derogatory racial slur- chose to quietly part ways with him, having kept him in the dark for over three weeks after the incident.

Ochieng who was left out in the cold has now relocated to Homabay where he plans to start a business.

“Sonlink failed to renew my contract. Everybody else was retained except me. I attribute that to the fact that I am the one who recorded their colleague calling us monkeys,” Ochieng said.

Inside story of Sonlink: A firm where laughing at work is a…

He suspected that it was just a matter of time before he was let go given his worsening relationship with his employer.

Sonlink through the Chinese embassy declined to give an explanation on why Ochieng was the only one whose contract was not renewed.

The firm did not wish to speak to the Standard directly but it says it parted with Ochieng amicably and paid him all the dues.

“The company seems hesitant to contact you directly. It is understandable. The company will contact (you) through its lawyer. They said the agreement was made in the presence of the lawyer,” Mr Zhang Gang, a spokesman of the embassy said. It had not done so by the time of going to press.

The video taken by Ochieng’ went viral last month and caused an uproar among Kenyans after his argument with the firm’s marketing manager, Liu Jiaqi – escalated into insults.

Liu had summoned him for a disciplinary session following a pay dispute with a taxi driver when they went for a marketing function in Machakos County.

Liu angered by the fact that he ended up paying the taxi more money than he had planned wanted Ojuondo to explain why he did not help him deal with the ugly incident that was resolved by the police.

In the heat of the argument, Liu said Mr Ojuondo just like President Uhuru Kenyatta looked like monkeys and threatened to fire him as soon as he left the country.

But after the video was leaked to the media and went viral on social media, Liu was immediately arrested and deported back to china.

Zhang revealed that after he arrived in China, Liu was questioned by the police and his employer fired him as well, making it a double tragedy for the victim and the villain. But he said he was not aware of any other disciplinary action taken by the Chinese authorities and whether or not they plan to charge him.

Zhang maintained that the sentiments in the video did not represent the views of the Chinese population in the country and he said they were working hard to strengthen the ties between Kenya and China and asked reporters not to dwell on the incident he referred to as isolated.

“As I said yesterday my friend, sincerely suggesting that you could consider not write any more stories related to Liu (above). First, old topic, hard to be heated up again,” Zhang said.

“More importantly, causing contrasting feeling between Chinese and Kenyans will do more harm to Kenya itself. I don’t think your objective is to chase Chinese out of the country. There are more than 300000 Chinese living in the city of Toronto alone. That is still a Canadian city, not a Chinese one,” he noted.

He said the embassy was engaging all Chinese companies in the country to take seriously the cultural differences that were partly to blame for the misunderstandings.

Sonlink’s case caught the attention of the Kenyan government and ignited tension following other revelations at the Standard Gauge Railway unearthed by the Standard in an expose that revealed a disturbing pattern of institutionalised racism. Sonlink had an array of rules, procedures and disciplinary measures that would rival even those set by hard-faced colonialists.

Official rules and regulations of Sonlink Kenya Company in the possession at the time showed that all mistakes committed by Kenyan employees are quantified in monetary terms.

For instance, if a boss calls a junior staff and the worker fails to answer the call, he incurs some monetary fines and the more calls one missed the bigger the fine. The firm also set penalties for lateness to work and the offense attracted a Sh50 penalty off your pay for every minute after the reporting time.

Employees at the firm were prohibited from using their computers or mobile phones to browse any non-work related things during office hours.

When overwhelmed with fear and doubt

Governors vow to move on with referendum despite opposition from Jubilee