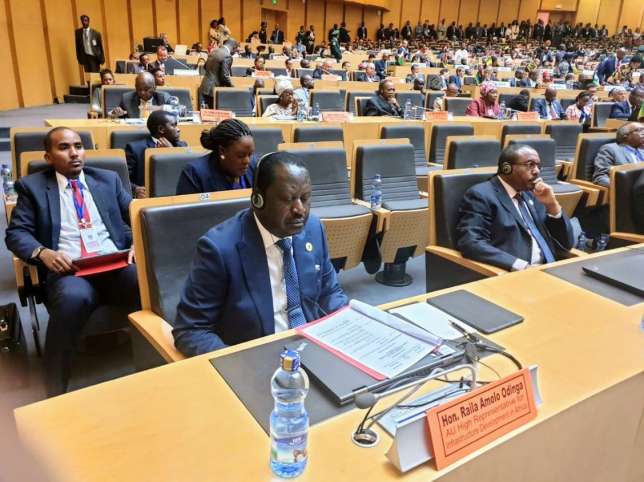 President Uhuru Kenyatta has accompanied Opposition Chief Raila Odinga in his first international event, after he was appointed the African Union High Representative for Infrastructure Development in Africa.

In a tweet on Saturday, Raila disclosed that he was attending the 11th AU Extraordinary Summit in Addis Ababa, Ethiopia together with Uhuru and South Africa’s President Cyril Ramaphosa.

He went on to say that the conference will hold talks on restructuring of the African Union.

“Attending the 11th African Union Extraordinary Summit focusing on reforms and restructuring of the continental body. Also in attendance are Presidents’ @CyrilRamaphosa and @UKenyattaamongst others- Addis Ababa, Ethiopia,” said the former Prime Minister.

Raila Odinga Breaks Silence After Court Ruling, Says It Was…

This is the first international trip President Uhuru Kenyatta and Raila Odinga have taken together after he was appointed AU High Representative for Infrastructure Development in Africa.

In a statement, Mahamat said the High Representative will work to support and strengthen the efforts of the Commission’s relevant departments.

“This decision is part of the African Union’s drive to expedite the integration of the continent through infrastructure, in order to promote economic growth and sustainable development,” Mahamat said.