Social media was abuzz on Monday following claims that Deputy President William Ruto paid Sh100,000 for a cup of tea and chapati at a kiosk while in Mumias, Kakamega county on Sunday.

Photos of the DP in the wooden kiosk captured Mr Ruto munching on a chapati with tea served in an enamel cup.

Mr Ruto was in Mumias for a political public meeting which was disrupted by rains, forcing him to take shelter at the kiosk.

He shared pictures of being served by the owner of the kiosk who has been identified as Mama Susan Mukhasia.

On Monday, former Kakamega Senator Boni Khalwale set tongues wagging after revealing that the DP Ruto had paid Sh100,000 for the snack.

“Yesterday a lucky Susan Mugasia served tea worth Sh 250/- to @WilliamsRuto & these VIPs at her kiosk at Shianda market in Kakamega. The Deputy President gave her Sh 100,000/- en told her to keep change!” said Boni Khalwale.

Although Nairobi News has no way of verifying this, this is not the first time Mr Ruto has shown his generosity.

In 2016, he made headlines after giving a wad of cash in an envelope to a man after sharing a meal of mbuzi choma, ugali and kachumbari with the Deputy President. 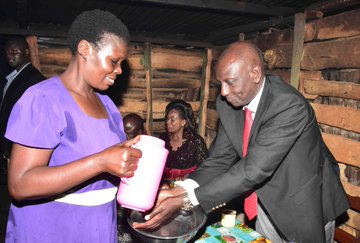 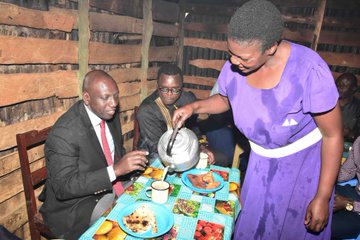 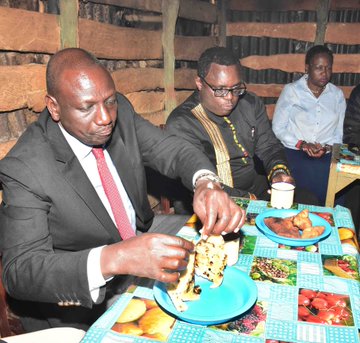 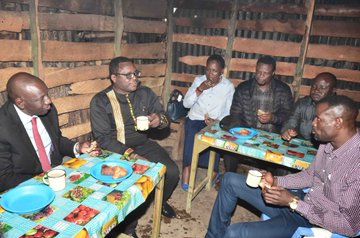 While taking refuge when the rains disrupted our public meeting at Shianda, Mumias, Kakamega County, we enjoyed nice tea and chapati at Mama Susan Mkhasia’s kiosk. 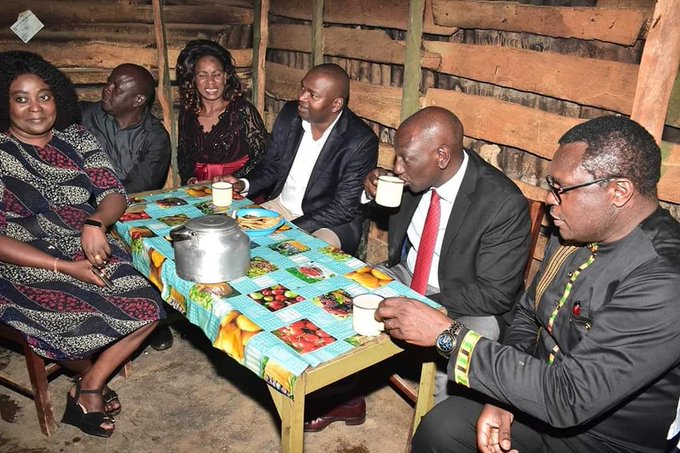 Yesterday a lucky Susan Mugasia served tea worth Sh 250/- to ⁦@WilliamsRuto⁩ & these VIPs at her kiosk at Shianda market in Kakamega. The Deputy President gave her Sh 100,000/- en told her to keep change!