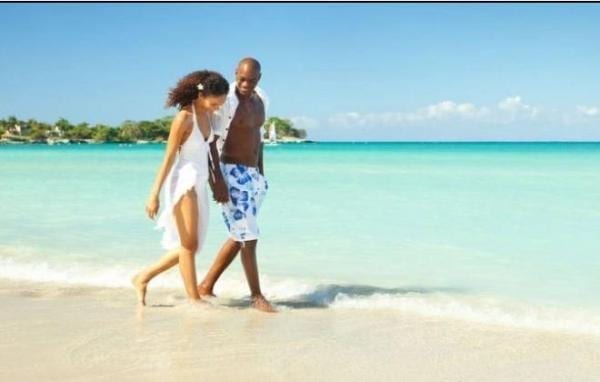 Should you or should you not go for a honeymoon? While some people are eagerly waiting to go for their honeymoon after their wedding, it is interesting that some do not consider that in their wedding program. Among the reasons for such decisions include lack of finance, lack of time, a desire to continue with their day to day activities, lack of awareness on the purpose of such an activity.

Take Mr. Justus Ruga and Mrs. Millicent Ruga residents of Saika estate for instance who wedded four years ago. Their wedding which was considered glamorous was done at Pentecostal Evangelical Fellowship of Africa in Saika estate Nairobi. The couple only rested for one week before they engaged in their regular activities.​

According to Mr Ruga, there was no money for honeymoon and hence they did not go for one. “Even our wedding was a miracle since the money we had expected to raise did not even reach half of our expectations. We had expected to raise approximately Sh100, 000 Kenya shillings but we only managed to obtain Sh45, 000. This was a challenge to our budget” he informs.

However, since Ruga and his newly married wife were expected to go out for honeymoon for at least one month as they enjoyed each other and rested from the regular activities, they could not go to their church before the one month expired time. This was to avoid backlash from church members and colleagues who did not expect them back so soon.

“We decided that we will be going to another church since we could not just stay in the house doing nothing on Sundays. We resumed our normal church when the one month passed at least to create an impression that we had gone to honeymoon” says Mr. Justus.

He resumed his regular duties where he was working in a workshop. However, his wife Millicent regrets that they could not afford the money for honeymoon. “I wish we could have enough money to enjoy like others, anyway we just accepted the situation as it is. There are people who are in a worse situation than us” she says.

For Morris Odongo who was married only a month ago in Ruai, the problem was that he and his wife Christine were not given time off from their workplace. The couple shocked many including their friends, relatives and colleagues when each of them went back to their workplaces two days after the wedding.

Christine works as a teacher at St Peters Academy in Kisumu town while Odongo is a subordinate staff at Mt Kenya University.

“My wife was denied time off for honeymoon and was told that she can only take leave during school holiday” informs Odongo adding that “since she was not available, there was no reason for me take time off from my workplace so I continued with my work”.

Interestingly, they don’t regret the fact that they did not go for a honeymoon like other newly married couples.

“After all, it is just a waste of time as we still need to meet our expenses and pay our bills when we return from our honeymoon” says Odongo adding that “I don’t think that this is a big deal”.

This statement is confirmed by his wife who says that “we will organize for an outing during our leave to experience what we missed during honeymoon”.

On his part, Pastor Boaz Musembi of Naioth Gospel Assembly Ministry in Kayole argues that honeymoon is an important part of marriage which should not be ignored. However, he opines that this should not be necessarily expensive or costly.

“I always tell couples who want to marry to prepare themselves well and ensure that they have a honeymoon in their program” he says adding that “it can be as cheap and possible and you do not need to use all your resources on it, remember you need to plan your future.”

According to pastor Musembi, a honeymoon makes a marriage solid. This is because it offers a chance for the two newly couples to connect after a whirlwind of a wedding process.

Newly married couples are required to have lots of sex and fun together. A honeymoon seeks to serve that purpose.

“From my perspective therefore, I would urge couples to plan well and ensure that they are given time off from their workplaces and also put money aside for their honeymoon while planning for their wedding. I am sure many employers would understand the situation and grant them time off unless one does not want to” he claims.

Abbas Kubaf and Natasha aka Baby Gangster are some of the Kenyan celebrities who were seen going about their regular duties a few days after their wedding. This means that they never went to a honeymoon at all. The couple who tied the knot in 2008 deviated from normal weddings synonymous with flowers and wedding gowns and opted for a thigh high skirt with a small veil.

Abbas told a local newspaper when probed on why he never went to a honeymoon “ I hate how people scrutinize the lives of others, this is our personal decision and we had our reasons for that.”