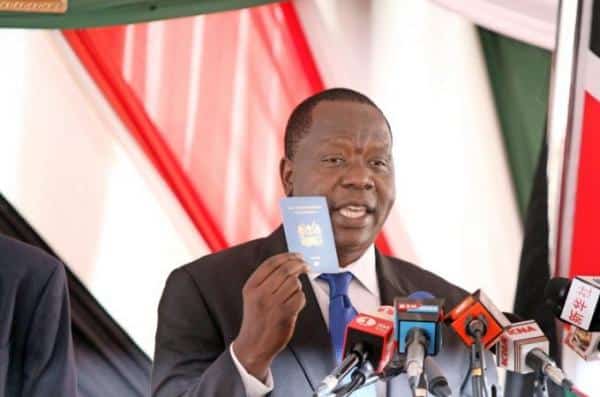 A section of Kenyans in the diaspora have accused Kenyan embassies abroad for making life difficult for them at the expense of corruption.

They sensationally alleged embassy officials had established a habit of extorting bribes for them in order to process their documents in required time besides government doing too little to avail such services abroad.

In a statement by Kenya Development Associates Germany (KDAG) Secretary Mickie Ojijo, he said Kenyans in the diaspora were being subjected to long duration of waiting for any matter concerning immigration services.

“Despite the official timeline of six weeks, passport renewal or replacement can take years without bribe. When the documents eventually reach the embassy retrieving them from there is another gruesome struggle,” he alleged.

Ojijo said the trend had soured relationship between Kenyans abroad and their consulates and subjected many Kenyans to job losses and falling on the wrong side of the law with authorities in diaspora.

“They have structured a systematic deliberate delay which is applied with great finesse that can drag on for over three years. This has ruined has ruined careers of many, left others jobless or Stateless. Tribulations begin when a passport is due for renewal, replacement or applying for voluntary renunciation letter,” he explained.

The spokesperson of Kenyans in Germany said actions by the embassy officials had pushed victims to initiate passport renewal services through through proxies well known to brokers behind the illicit extortion.

Elizabeth Chege who suffered a tragic stabbing by husband in…

Concerning government demand on Kenyans to transition to e-passports by 2020, Ojijo said criteria by Interior Cabinet Secretary Fred Matiang’i to settle at only three biometric immigration centres in 28 European Union zone countries was baffling as it left out 20 other States.

“For the argument sake, the nearest embassy for Kenyans living in Greece is in Berlin 2,344kms away. The two-day journey requires a total of six transit visas for Macedonia, Kosovo, Serbia, Bosnia-Herzegovina, Croatia and Slovenia,” he explained.

He called on relevant Kenyan authorities to salvage them from further suffering with most of them opting to seek foreign passports.