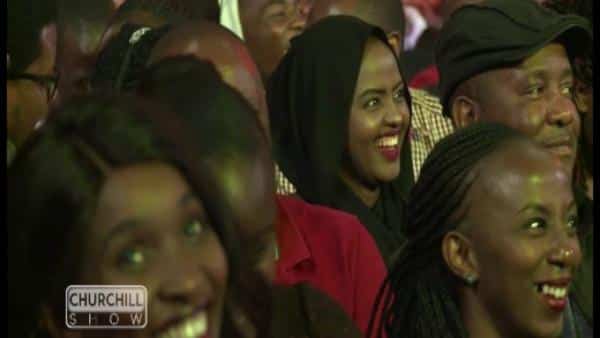 Kenyans have again pulled resources to support a dancer who featured on Churchill Show after she gave a touching and teary story.

The food company, Indomie, pledged Kshs 100,000 and free meals for all the kids that Moesha supports for one month.

A Maasai herdsman promised to award her with a goat for Christmas while the rest of the audience contributed petty cash.

The group of girls had just come from representing Kenya at the 2018 Hip-hop World Dance Championship in Phoenix, Arizona.

Her initiative, Divas Power, was birthed using inspiration from her past life, being born and raised in the ghetto of Majengo in Nairobi.

She was chased from her home at 13 years because of her passion to dance and almost got raped three times.