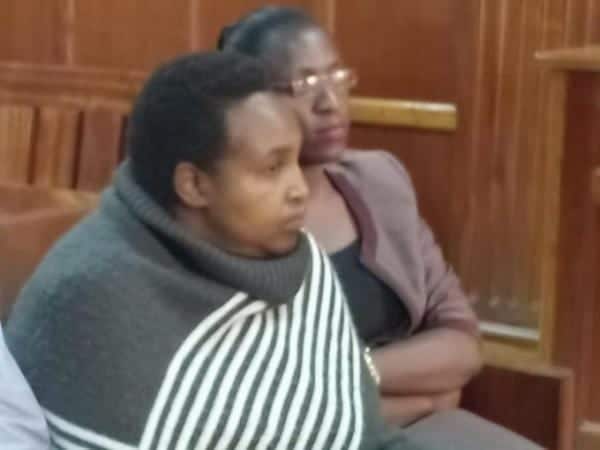 Maryanne Kitany on Monday secured court orders allowing her to pick her belongings from the house at the centre of his fight with Senator Mithika Linturi.

Justice John Onyiego ordered Runda OCS to accompany Kitany and her children to the palatial house in Runda.

Kitany wants exclusive occupation of the shared residence, a move that Linturi has objected, claiming that the woman is not his wife.

The Meru Senator argued, through lawyer Muthomi Thiankolu, that he was never married by law to the woman.

The lawmaker says he only allowed Kitany to stay as a visitor and “that’s why she was evicted when she claimed that she is married.”

“I am in a monogamous relationship with only one woman who is not Kitany,” he argued.

In her earlier submissions to the court, Kitany, citing threats to her life, asked the court to order that she goes back the Runda home.

The court heard that she does not have a place to stay and that the kids are homeless owing to the prevailing situation.

After the ruling, Senator Linturi objected the orders issued by the court saying there is nothing in the house that belongs to his estranged ‘wife’.

But Judge Onyiego held that the order has to be effected by 5pm today (Monday, December 24, 2018).

Further to the orders, the judge temporarily preserved the house until Monday, day when the court will rule on the issue of protection of the property.