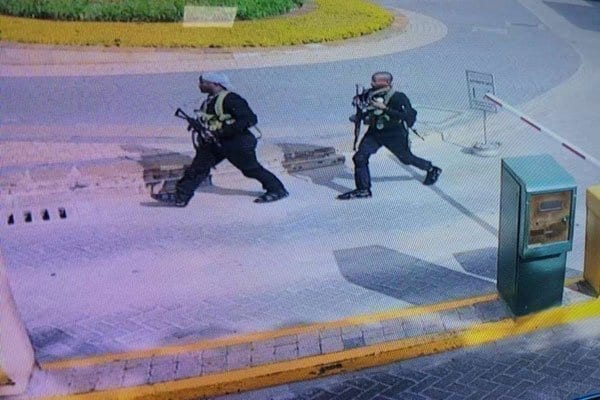 A former Al-Shabaab fighter has revealed he met one of the Dusit attackers seven years ago in Somalia.

The reformed youth, told CNN  in an interview, that he met Ali Salim Gichunge alias Farouk, who was a member of the feared Amniat, Al-Shabaab’s internal security service, in Baidoa in 2012.

Gichunge is believed to have died in the Tuesday attack after commandos stormed the 14 Riverside Drive complex to end the 20-hour siege that claimed 21 lives.

“I was shocked. When I saw the CCTV I said ‘I know that guy!'” the de-radiclalised youth told CNN in the interview aired Tuesday.

CNN did not reveal the identity of the returnee for his own safety.

While in Somalia, the Al-Shabaab returnee said he was subjected to an interrogation over lunch by Gichunge.

“They’ll eat with you but they are just interrogating you: ‘How do you love Al-Shabaab? How did you come here? Why did you join Al-Shabaab?’

“That sort of question, but we knew he’s interrogating us,” he said.

The returnee also revealed how he received numerous training in Somalia. He said he took part in the decapitation of a prisoner of war.

He said he was then ordered to kick the human head around like a football.

According to authorities, hundreds of the youth who had joined the militia had returned following a government amnesty issued in 2015, with some successfully reintegrating into the society.

Others are living in fear of both the government and the militants.

Intelligence sources indicate that at least 140 Al-Shabaab returnees had slipped back at the coast by April 2017.

“These include those who went three years ago. The figures cover the coast region alone,” said the source.