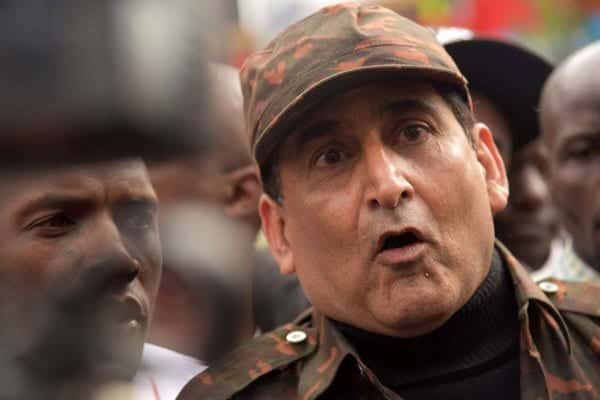 The Embakasi South by-election has brought out the division in Nasa, with the affiliate parties ganging up against the Orange Democratic Movement, accusing its leadership of arrogance and lack of a team spirit.

The Nasa affiliate parties have accused ODM of verbosity and arrogance and failing to compromise in the spirit of the “handshake” and leave the seat for the Wiper party.

“It is the insolent comments by a section of ODM leaders that have made us gang up against it,” said Ford Kenya Secretary-General Eseli Simiyu.

Mr Simiyu, who is also the Tongaren MP, said ODM leaders should moderate their statements and use friendly language when addressing their partners in the coalition.

However, Ruaraka MP Tom Kajwang’ downplayed their colleagues’ move, saying it is a protest by disgruntled people that they will defeat in the by-election.

Ledama’s Victory in Parliament will cause a…

“Those are just sour grapes. In Nairobi, it’s not just about political parties, but ethnic groupings and turnout. We just need to convince our supporters from across the board to come out and vote for our candidate,” Mr Kajwang’ told the Nation.

ODM Secretary-General Edwin Sifuna dismissed the parties supporting the Wiper candidate, saying they have no influence in Nairobi politics.

“What influence does Ford Kenya have, with two MCAs in Nairobi? Mr Sifuna asked.

“We have tolerated other parties for a long time but ODM will no longer keep quiet when we are supposed to shout. We are done babysitting anyone and we cannot please people all the time. If anyone has a problem with the way we communicate, then more is on the way,” he added.

Mr Sifuna said the fact that the other parties had ganged up indicates that ODM is the predominant party in the coalition and cannot be defeated by a single party.

Kitui Central MP Makali Mulu accused ODM of insincerity, saying the Raila Odinga-led party is happy only when things are going its way but not for the other affiliate parties.

“We will take our big brother head on. If other parties feel the seat should be left for Wiper, why does ODM insist on fielding a candidate? he asked.

By By SAMWEL OWINO
–nation.co.ke