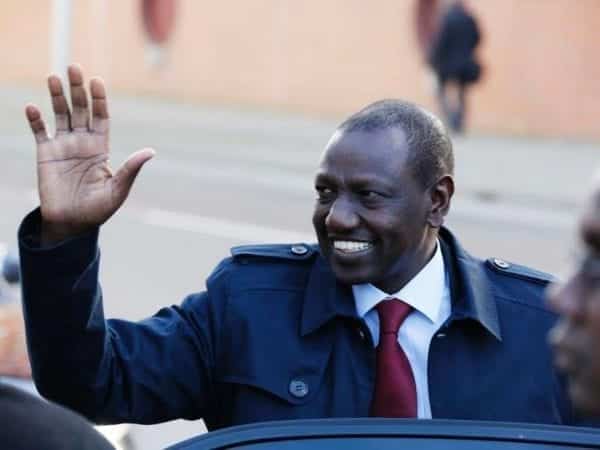 Deputy President William Ruto on Friday explained why he rejects the creation of a Prime Minister’s position.

“The suggestion on Prime Minister post has two problems: It does not solve the problem, which is that we need a functional, constitutional official opposition; and if created, it would still be taken by the winning party,” he said.

The DP spoke in Chatham House, London. Ruto suggested that instead of the PM’s position, an official opposition should be created.

“The national government should be reconfigured to comprise the National Executive and the Official Opposition,” he said.

Ruto said the National Executive should be headed by the President, while the Official Opposition should headed by the leader of the party or coalition of parties whose presidential candidate wins the second highest votes.

“This should be replicated with the deputy governor at the counties.”

Ruto further said the Senate must be made the Upper House and Cabinet secretaries should be ex-official Members of Parliament.

He said the move was aimed at connecting the Legislature and the Executive to improve services.

“The CSs must attend sittings of Parliament at least once every week and whenever required to answer questions on the floor of the House,” Ruto said.

The Deputy President said the real problem with elections in Kenya is people who do not accept defeat.

The DP said most of these people use the Independent Electoral and Boundaries Commission (IEBC) as a scapegoat.

“… the problem is the people who refuse the outcome of elections. That is when they run amok. Going forward we should only allow democrats to participate in the elections,” he said.

Although he did not mention names, the DP seemed to be referring to ODM leader Raila Odinga, who has in the past contested presidential election outcomes.

In 2017, President Uhuru Kenyatta won the August 8, 2017, election but Raila challenged the results at the Supreme Court. Uhuru’s victory was invalidated over adherence to electoral laws and the Constitution.

The court then ordered fresh polls on October 26, 2017, in which Raila boycotted, citing lack of reforms at the IEBC and gave a list of “irreducible minimums”.

“I believe strongly that in our politics, IEBC is the least of our problems. We have used the IEBC as a convenient ‘excuse’ for those who do not win elections,” Ruto said.

Ruto said some people go to elections and expect to win, yet there are two outcomes after an election.

“If you go to an election and you expect to win then you have a problem … the real problem according to me from where I sit is that we have people who do not believe in participating in democratic elections,” he said.

Giving an example of the 2017 election, Ruto said they were persuaded they had won the election only for the Supreme Court to nullify it.

“We have serious misgiving about what the court did but we said we will participate in the second election because we are democratic,” he said.

“… we had won more seats in every category. How possible was it that we lost the election? It does not make sense but as democrats, we went back.” Raila has vied and lost in 1997, 2007, 2013 and 2017. Uhuru and Raila were the main contenders in the 2013 and 2017 election that attracted eight candidates.

Ruto further proposed a review of the Constitution that would accommodate election losers in the running of the country.

He said a reconfiguration of the Constitution that makes election losers active would boost accountability in the government.