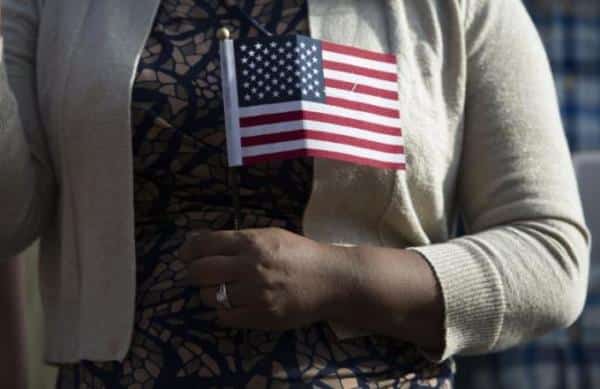 PITTSBURGH- A Nigerian chef-activist based in New Orleans — who gets people talking with projects like his “Blackness in America” series — is hosting Pittsburgh-based matchmaking dinners that pair immigrants with U.S. citizens for first dates.

The “Marriage Trumps All” dinner series will take place on Friday and Saturday, just before Valentine’s Day, when Tunde Wey will cook for eight to 10 couples matched specifically for the event in the City of Asylum’s Pittsburgh-Burma House on the North Side.

The first couple to marry within 90 days after the dinner will be gifted money toward their new life together. The gift reinforces the power of love to effect change, he said.ADVERTISING

“We want to celebrate the power of love marriages as a rebuttal to current anti-immigration sentiment and policy,” Wey writes on the event website.

He emphasizes that the project is not about securing green card status.

“We are ONLY interested in matchmaking between individuals looking for LOVE with a strong interest in marriage,” he writes. “This is expressly not about obtaining immigration benefit — the immigration benefit is incidental, not the reason for the union. THIS IS ABOUT LOVE AND NO LOVE SHOULD BE ILLEGAL.”

Pittsburgh is the only city scheduled for the project so far. It’s part of an August Wilson Cultural Center exhibition, “Familiar Boundaries.Infinite Possibilities,” in conjunction with City of Asylum.

Following the dinners, Wey is giving a talk at the August Wilson Cultural Center at 3 p.m. Sunday. Admission is free to the public, with an RSVP required to [email protected]

Anyone who wants to go to one of the dinners must be single and willing to address whether he or she is a U.S. citizen, along with questions about gender identity, sexual orientation, level of education, employment status, income, political affiliation and more.

Once profiles are submitted, reviewed and approved, attendees will confirm reservations. Then they’re interviewed in person or over the phone before attending the dinner. The process has so many detailed questions and procedures to mimic the experiences immigrants must go through to marry U.S. citizens.

On the event website, Wey addresses the many ways technology is helping people find partners: Tinder, Match.com and TV shows like “The Bachelor.”

“This dinner series is even more serious than all these routes, because it doubles down on love,” he writes, “by offering something even more fundamental maybe, FREEDOM.”

Once applicants are approved, the cost is $120 per couple. The U.S. citizens pay for both himself or herself lves and their immigrant dates.

“It mimics current immigration policy regarding marriage which requires U.S. citizens to prove, by filing an Affidavit of Support, they are financially capable of sponsoring their spouse. The U.S. government insists verifying the financial viability of U.S. citizens to ensure that the immigrant spouse will not rely on government assistance,” Wey writes.

For the dinners, he’ll cook Nigerian dishes like akara, similar to a bean- or a black-eyed-pea fritter; pepper soup; and ekpang nkukwo — a stew of greens, seafood and meats.

It is not known how much money would be given to the first couple to marry.

Over at the August Wilson Cultural Center, the title of the project points to President Donald Trump.

“Under the current administration,” Wey’s statement reads on a wall at the exhibit, “a new hierarchy of value has been established, creating another marginalized and maligned group: immigrants.”

On one wall of the exhibit, “transnational artifacts” are aligned — documents required by the U.S. Citizenship and Immigration Services, part of the Department of Homeland Security.

“Love marriages have spurred considerable social shifts by challenging the notions of which class of people is allowed this privilege,” the exhibit reads. “From the Loving case (Loving v. Virginia in 1958), which struck down laws banning interracial marriages, to the more recent same-sex ruling that legalized same-sex marriage (Obergefell v. Hodges in 2015). It has been used as a tool to simultaneously reinforce and undermine discrimination.”

The dinners happen to align with the latest face-off between Democrats and Trump for over $5 billion in funding for a border wall along Mexico that the president believes is essential for keeping illegal immigrants out. Trump’s opponents assert that the wall is a waste of money and immoral.

Since Trump was elected, the administration also has cut back on the number of refugees allowed into the U.S. and has implemented controversial policies that separate migrant children from family members at the southern border and detain them.

“Marriage Trumps All” has been a work in progress for more than a year, Wey said. He had been working with Kilolo Luckett, the consulting curator for the “Familiar Boundaries, Infinite Possibilities” exhibit at the August Wilson Cultural Center that runs through March 24. It features 12 regional, national and international artists who present works that question “society’s obsession with tradition, policing, consumption and indulgence.”

As Wey has set up projects around the country, they’ve been featured in The New York Times, The Washington Post, Food & Wine, San Francisco Chronicle and other news sites.

Hearing about his work led Luckett to Wey in New Orleans in 2016 during his “Blackness in America” series. There he and guest speakers facilitated conversations about race and what it’s like to be a black person in America in a year when more than 150 black people had been shot and killed by police, The Washington Post reported.

Wey also has spearheaded a project called Saartj last year, where he served Nigerian dishes at a lunch counter that was part of the Roux Carre food court in New Orleans. When customers went to pay, he discussed with them racial disparity when it comes to wealth.

After the talk, which included statistics illuminating that disparity, black and white customers were presented with two options: White customers could pay $12 for lunch — or the suggested price of $30. Black customers were charged $12 and also could collect $18 paid by a white patron. Black patrons also could opt in to receive cash back, he said, from the net revenue of the project, which was about $1,000, split evenly between a handful of customers. Wey also finished a project in Nashville, Tenn., to help reverse gentrification through the sale of hot chicken.

“My personal experiences, hosting public dinners on race and immigration, over the last year and a half in communities across the country,” he wrote in Civil Eats in 2017, “(have) taught me that the tensions inherent in these sorts of conversations are reconcilable only through a substantive transformation of the individual and the system.”

That transformation, he said, involves moving toward being less reliant on material goods and more emotionally vulnerable, “where we can admit to being corrupted without seeing ourselves as irredeemable.”