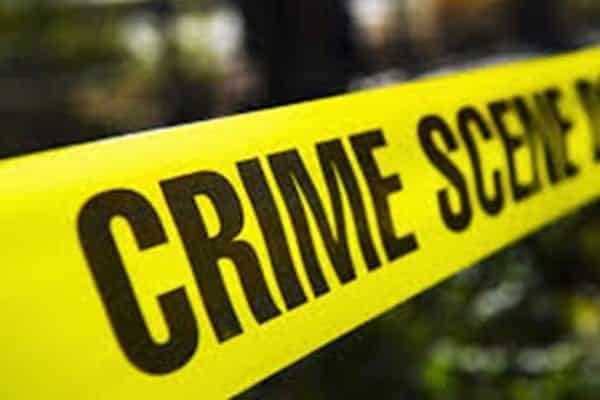 A 21-year-old college student hired five men to discipline her lover following a domestic dispute but the attackers killed him instead, the Nyeri High Court heard on Thursday.

The court was told that Ms Esther Wambui, a student at Utalii College in Nairobi, masterminded the murder of her lover Dennis Okumu who was a matatu tout in Githurai.

Justice Abigail Mshilla heard that Ms Wambui together with her mother Rosemary Nyawira and a family member Michael Muriuki killed Mr Okumu on the night of February 3 and 4, 2018 within Karatina Township.

A police investigator, Corporal Eliud Odhiambo, testified that Ms Wambui lured her lover, with whom she had sired a child, to her mother’s rural home in Karatina with the intention of “disciplining him” for physically abusing her.

“The mother, who works at a Karatina hospital, confessed to the crime. The deceased had taken supper at his in-laws’ home and was killed while being escorted to where he was to sleep,” said Mr Odhiambo.

His mutilated body was dumped at Kirimara in Mathira East sub-county. The body had five stab wounds in the neck, his eyes had been gouged out and some of his front teeth were missing, the court heard.

“The family had hired five assailants to discipline the deceased but it turned tragic and they ended up killing him,” said Mr Odhiambo in his evidence while being cross-examined by State Counsel Emma Gicheha.

After killing the 23-year-old tout, the detective said, mother and daughter paid Mr Muriuki, a boda boda operator, Sh3,000 to dump the body in Kirimara.

Mr Odhiambo testified that police were tipped off by one of the people hired to “discipline” Mr Okumu, leading to the arrest of the suspects. The case will be heard on June 4.

The slain tout’s workmate, Mr George Otieno, testified that the couple was living in Zimmerman Estate but Dennis had co-rented a separate house with a friend in Githurai.

Before his death, he had been attacked and injured in Zimmerman Estate by a group of thugs that stormed Ms Wambui’s house.

“On February 1, 2018 Dennis came to the Githurai bus stage wearing a hoodie because he had a head injury. He told us he had been attacked by thugs at his girlfriend’s house in Zimmerman. He said he was hit on the head with a log of wood and fell unconscious,” testified Mr Otieno.

He stated that two days later, the deceased said he had been called by his lover seeking a reconciliation meeting to solve outstanding issues involving their love relationship.

The court heard that Dennis had financial constraints and his friends at the bus stage raised Sh500 to enable him travel to meet his wife.

Mr Otieno said Dennis, unaware of the set-up, travelled alongside his wife to Karatina Nyeri to have the reconciliation exercise presided by his mother-in-law.

The court heard Ms Wambui returned to the City alone and started asking whereabouts of the deceased, as she suggested that they had not travelled together to her rural home.

“A search for Dennis started and we later got reports that the body had been found at Karatina Hospital mortuary. He had five stab wounds, his eyes were gorged out and some of his front teeth were missing,” said the witness.

He added that he learnt about the domestic disputes involving the couple, because the deceased was outspoken and would share his personal issues.

But the accused persons through lawyers Samuel Ndung’u and a Mr Kinuthia denied committing the murder offence. The lawyers said Mr Muriuki is not a boda boda operator but a book vendor.

“The money sent to Mr Muriuki was for payment of books taken from his shop,” the court heard.