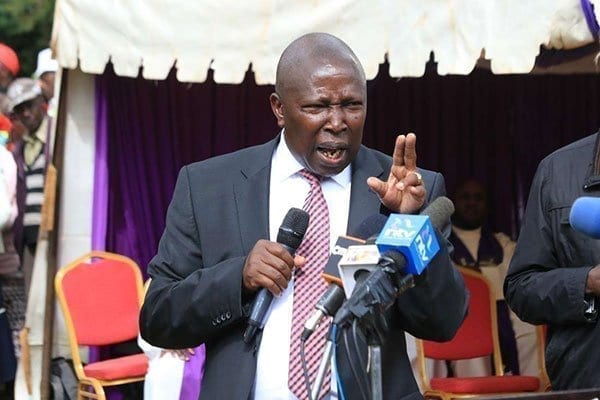 Jubilee Party politicians allied to President Uhuru Kenyatta are pushing for a coalition with Opposition chief Raila Odinga’s Orange Democratic Movement ahead of the 2022 elections, the Nation has learnt.

Nominated MP Maina Kamanda, Gatanga’s Nduati Ngugi and former MP Kabando wa Kabando on Wednesday opened the lid on the plans, with Mr Kabando, who is a close ally of President Kenyatta, claiming that he is part of a committee that is laying ground for an eventual Uhuru-Raila partnership dubbed UhuRao.

Mr Kamanda claimed the unity between Jubilee Party and ODM is what President Kenyatta has been vouching for.

“We will have a new coalition in 2022. The President has been candid that we can’t follow the same path we used before, and that we will have an inclusive government,” Mr Kamanda, a key member of the Kieleweke group that is opposed to Deputy President William Ruto succeeding President Kenyatta in 2022, said.

“The inclusivity the President has been talking about is the common denominator that brings the country together. We will have to go for a referendum to achieve this and bring our people together,” Mr Kamanda said.

Mr Ngugi disclosed that President Kenyatta and Mr Odinga were aware of talks between leaders elected on ODM and Jubilee Party tickets.

The MP said that the two leaders had united the country and stabilised the economy.

The duo have further showed commitment in fighting graft, “something that was not there between Mr Kenyatta and his deputy Ruto”.

Mr Nduati said a referendum is inevitable and would dictate which positions the two leaders would contest, but in one party.

However, Suna East MP, who is also ODM’s director of elections, Mr Junet Mohammed, and Jubilee Party Secretary-General Raphael Tuju, said they are not aware of the talks, adding 2022 is “very far”.

“Are you talking about 2022? I cannot even talk about next week?” Mr Tuju said in a text message. Mr Mohamed said: “I’m not aware of the talks.” Asked whether he would support such a coalition, he said 2022 is a “bit far”.

Signs of the formation of a coalition between the pro-Kenyatta Jubilee Party members and ODM leaders became prominent when politicians opposed to a Dr Ruto presidency started holding joint rallies and attending church events together.

Political pundits say the coming together of Jubilee, ODM, Wiper and Kanu leaders is reminiscent of 2002 Narc Coalition that ended Kanu’s stranglehold on power.

The leaders have declared war on Dr Ruto, saying they will ensure he will not be on the ballot.

This, he said, would enable leaders allied to President Kenyatta to work together with Mr Odinga even after the expiry of the Head of State’s term.

“For the national rebirth to happen, the seeds of ethnic antagonism must die for ethnic cohesion to germinate. For our country to heal the wounds of post-independence betrayals, we must transcend and overcome the jinx of the Kikuyu-Kalenjin political edifice for an inclusive national executive,” Mr Kabando said.

He said former Vice President Jaramogi Oginga Odinga and Mzee Jomo Kenyatta had a vision of national cohesion and reconciliation, and that the vision can only be achieved by the two leaders uniting under one political party.

“The sons of the founding fathers have the onerous obligation to midwife national reconciliation and cohesion. Kenya is on the threshold of a new political dispensation; the river is filling; it will flood soon,” he said.

Mr Kabando’s sentiments were echoed by Kigumo politician Kamau Mweha, an ardent supporter of Mr Odinga, who claimed that President Kenyatta and Mr Odinga “will clinch the top seat early in the morning”.

By NDUNGU GACHANE and By LUCAS BARASA