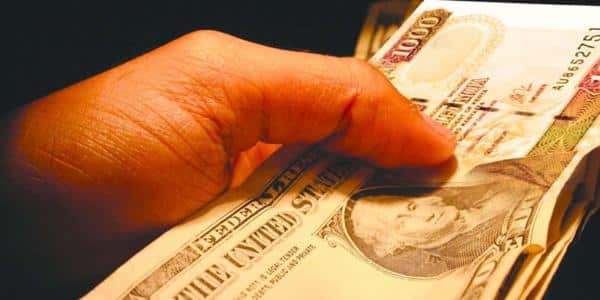 Wealthy Kenyans have wired back an estimated Sh1 trillion from offshore accounts in the past three years, taking advantage of a tax amnesty offered by the Treasury.

The Kenya Revenue Authority (KRA) in a response to Business Daily queries said the amount was repatriated by some 16,000 applicants who took advantage of the amnesty window during which they were not required to declare the source of their wealth or even account for previous years’ tax arrears.

The amnesty, which was announced by Treasury Secretary Henry Rotich in 2016, is set to close next month.

“We have received over 16,000 applicants with the amount repatriated so far at Sh1,014,058,103,551. The incentive was meant to encourage Kenyans to repatriate their wealth back to the country for purposes of development,” said KRA in a statement.

The amount wired back is more than one third of Kenya’s annual Budget.

A report by an American think tank, the National Bureau of Economic Research (NBER), last year revealed that Kenya’s super-rich were holding more than Sh5 trillion in offshore tax havens across the world.

Another international report released in 2007 detailed how a corrupt network in the Moi administration looted at least Sh130 billion and stashed it abroad, including in the United Kingdom and South Africa.

The report by risk advisers Kroll and Associates was commissioned by the then President Mwai Kibaki’s administration.

The 110-page report published online detailed how people close to Mr Moi set up shell companies, fronts and secret trusts to siphon away Kenyan taxpayers’ money, which they stashed in banks, real estate and companies in an estimated 30 countries around the world.

With the return into the country of the over Sh1 trillion, the owners of the cash have effectively ‘cleaned’ their wealth and evaded any questions on the source of the money or any tax liabilities that may have been due in the years before they made the declaration.

The colossal amount has, however, not made a visible impact in the economy, raising questions on where the cash has been kept.

Kenyan laws have a narrow scope on taxation of wealth earned abroad, but the amnesty offered a golden opportunity for those who had stashed cash offshore to bring it back without scrutiny.

Deloitte East Africa Tax Partner Fred Omondi said in an interview yesterday that most tax audit firms had not received any significant enquiries from Kenyans willing to repatriate wealth back home.

“We haven’t seen a lot of uptake of this amnesty given that most income earned abroad is not subject to taxation in Kenya. Until the money is invested here and taxable income generated, there is no tax revenue to expect,” said Mr Omondi.

Mr Rotich, who yesterday did not respond to our queries on the impact that the Sh1 trillion has had on the economy, at the time of the announcement said the amnesty would make the environment more conducive for those willing to reinvest back home.

“Mr Speaker, taxpayers who take up this amnesty shall have all principal taxes, interests and penalties for the year of income, 2016 and the prior year’s automatically remitted in total. In addition, the government shall not follow up on the sources of such income and assets declared,” said the Treasury CS in his 2016 annual Budget Speech.

The incentive has since been extended twice to allow more uptake after potential applicants failed to take advantage fearing they would be subjected to provisions of Proceeds of Crime and Anti-Money Laundering Act.

Mr Rotich last year amended the law to exempt them from the requirement to declare the source of their wealth to the Financial Reporting Centre. He urged taxpayers to take advantage of the amnesty and “clean up their records with KRA”.

KRA then issued guidelines on the repatriation and signed certificates for those who successfully applied for the repatriation during the period. The tax forgiveness applied only to those who declared income from their wealth abroad, including homes, for the period up to December 2018.

They were expected to file their returns with KRA.

Audit firm Ernst and Young, in its analysis of the amnesty in March 2016, warned that the process was prone to abuse.

“The amnesty should be undertaken with precaution as there is the potential for abuse with respect to money laundering under the pretext of repatriating assets,” the firm wrote a day after KRA held a stakeholders meeting to get feedback on the guidelines provided for the amnesty.

Delloite’s Fred Omondi also said the amnesty could have been used by those seeking to clean their funds before taking them back to the offshore havens with the needed legitimacy granted through the repatriation.

VIDEO: Who allowed Wetangula to travel to China for anti-corruption forum?

GOD IS TURNING YOUR MISERIES INTO MISSILES:Your Tears into Joy