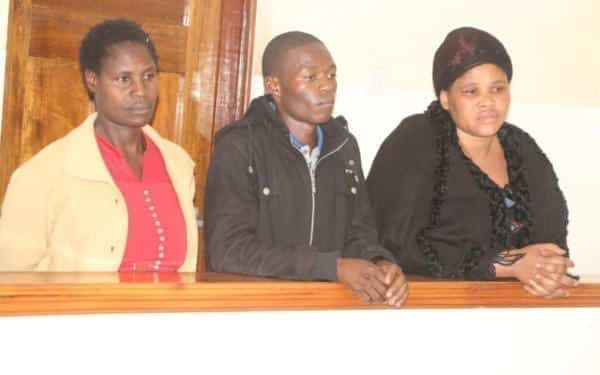 Kenyan Mother who sold baby to a pastor is arrested: A woman who allegedly sold her one and a half-month-old baby to a Tanzanian pastor has been arrested in Nairobi and transferred to Migori.

According to Migori CID boss Mr Njeru Nyaga the 32-year-old woman was trailed to Mathare in Nairobi where she lives.”The suspect is at Kehancha Police Station waiting to be arraigned on tomorrow,” he said.

On Monday Pastor Magabi, her assistant Jackson Onchari and Dorcas Nyonchora were arrested at Isebania and arraigned for the baby’s theft.

The three were charged with child stealing contrary to section 174 of the penal code, a charge they denied.The pastor told the court she is Tanzania married to a Kenyan and been was unable to get a child.

She added that she was told of a pregnant woman in Nairobi who could not take care of her due child and was selling her infant.“She gave birth on July 14 and I was told to go over and buy the child, on July 18, I was called told to pick the infant up or someone else will take him”

Kenyan Mother In Denmark Seeks Help For Daughter With Rare…

.Pastor Magabi then met the woman and paid as per their agreement.“The matter is a subject of investigation, adoption is done through a court process and there is restriction if it is across the border,” the magistrate told her.

The hearing of their case has been set for July 29 and the infant has since been moved to a local children’s home in Migori.