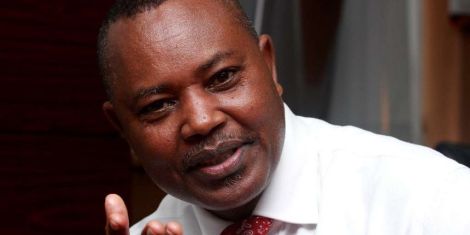 DCI: Why Sarah Wairimu May Not Inherit Tob Cohen’s Property: A person convicted of murder is not entitled to benefit from or inherit the estate of the murdered person, this is according to Section 96(1) of the Law of Succession Act.

The Directorate of Criminal Investigations (DCI) on Wednesday, September 18, reiterated the clarity of the law in the sharing of disputed properties, especially where a murder case is involved.

Quoting Section 96(1) of the Law of Succession Act, CAP 160, the DCI tweeted that any person who is convicted in a murder case is not entitled to a share of the deceased’s property.

This comes in the wake of murder suspect Sarah Wairimu’s request to the court to be allowed to go home and fight for the Ksh400 million property that she alleged was jointly owned by her and the late Dutch tycoon Tob Cohen.

“Notwithstanding any provision of this Act, a person who, while sane, murders another person shall not be entitled directly or indirectly to any share in the estate of the murdered person,” Section 96(1) of the succession act reads.

This is regardless of whether the suspect is listed on the victim’s will or not.

The law also specifies that this denial of inheritance is only applicable if the suspect is found guilty by a court of law.

“For the purpose of this section, the conviction of a person in criminal proceedings of the crime of murder shall be sufficient evidence of the fact that the person so convicted committed the murder,” Section 96(1) of the act instructs.

The DCI stated that the essence of distributing the information on what the law stipulated was so as to ‘inform and sensitize’ the public that for every act, they will be accountable to the law.