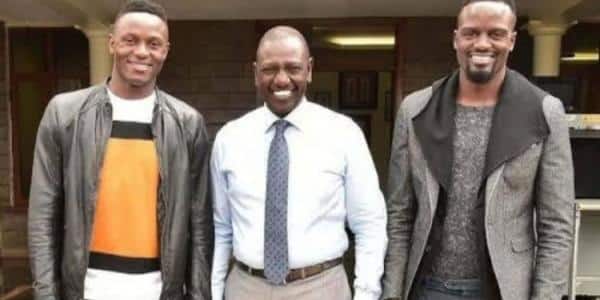 McDonald Mariga’s bid to succeed the late Ken Okoth hung in the balance, as the section of leaders protested his nomination by Jubilee Party’s elections board.

“Even the world war was arrested by dialogue. I am pleased that together with Hon Nixon Korir, we have reconciled the internal wrangling parties in Jubilee over Kibra. Mariga go go…” tweeted the former senator.

Morris Peter Kinyanjui, who had filed an appeal with the elections board formally did not declare his stand personally.

Kinyajui had indicated that the decision to give Mariga the Jubilee ticket was unfair and in contravention of the Jubilee Party constitution.

Jubilee plans to floor ODM’s candidate who still hasn’t been unveiled yet.

The ruling party still has to contend with some of its MPs who have openly declared support for ODM.

“The candidate Jubilee Party picked has been imposed on the party by Ruto. He is Ruto’s candidate and not Jubilee’s. I am for a candidate who will be announced by ODM,” Nominated MP Maina Kamanda claimed.

Gatundu South MP Moses Kuria has also rebelled against the ruling party, urging “Let Macdonald Mariga spend time to grow our football and our talents. Siasa itakuwepo leo, kesho na mtondogoo (Politics will be here today, tomorrow and the day after). William Ruto, let the young man be. He will live to join this silly, dirty game of politics another day.”

Kuria’s preferred candidate is Benson Musungu who is seeking the ODM ticket.