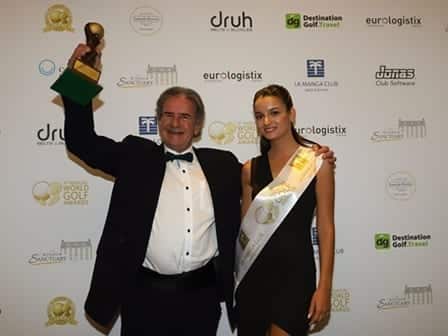 How Tob Cohen Rose From business flop to successful golf mogul: When the slain Dutch tycoon Tob Cohen founded Tobs Kenya Golf Safaris in 1991, he became the first tours and travel consultant to exploit the then 38 golf courses in Kenya.

Optimistic in his business idea, he distributed his glossy brochure to more than 500 golf clubs in the world.

Cohen had good venture capital backings however the business flopped.

“Cohen’s marketing campaign was an unmitigated failure, resulting in just one booking,” wrote Simon Hudson in his book, Sport and Adventure Tourism.

That is how Cohen switched his focus to Dutch, Swiss and German golf markets, from where he lured high-spending golfers.

The Golf Operator’s recognition came as a major boost to Kenya’s Golf Tourism Industry, especially because the Kenya Open had become part of the PGA European Tour.

Receiving the award, Tobs Golf Safaris chairman Tob Cohen said the award represented a great honour and recognition not only for his company but even more so to Kenya’s Golf Tourism Industry.

He hoped that the Kenya Tourism Board (KTB) would use the opportunity to develop a five-year marketing plan, including strategy and budget to put Kenya finally on the map as a World Class Golf Tourism Destination.

In combination with the award-winning Maasai Mara, super white sand beaches, a friendly English-speaking population, he said Kenya can do so much more to get its share in this very lucrative niche of the tourism industry.

On Friday after his body was retrieved at  Kitisuru home, the deceased’s brother-in-law Roy Stratten said Cohen loved the country and had no intention of leaving.

In 1996, he set the pace by developing East Africa’s first tourism website. It was a hit, and with it came money and fame.

A businessman they said has an eye for business and takes risks.

He saw the potential to attract tens of thousands of golfing tourists per year.

The former CEO of the Philips Electronics Group of Companies in East Africa started offering a combination of golf, safaris and beach holidays.

23 years later, the company founded by the dutch tycoon- Tobs Kenya Golf Safaris, Travel & Events, that once stumbled is stronger than ever.

Former Captain of Vetlab Golf Club, Kabete JG Njega in a phone interview with the Star said VIP service and personal attention are what Tobs Kenya Golf Safaris, Travel & Events is known for.

“The Tobs’ team is dedicated and highly trained and all are personally involved in organizing your dream golf holiday and corporate golf event to the last detail, ” Njenga said.

In 2012, Tobs organised the first Kenya golf trophy. The tournament became Kenya’s largest corporate amateur golf event with more than Sh5,000,000 worth of prizes and more than 50 sponsors.

In 2016 Tobs diversified again and added Medical Tourism to Thailand to its Product portfolio.

Cohen was a Director of the Board of Kenya’s Home of Golf.

Member of the Executive Committee of Skal Nairobi (2013).

He won the IAGTO’S award for the best-undiscovered destination of the year in 2009.

Cohen’s body was on Friday discovered at an underground tank at his Kitusuru home by DCI detectives after he went missing from July 19.

Director of Criminal Investigations George Kinoti described the murder of the Dutch tycoon as gruesome.