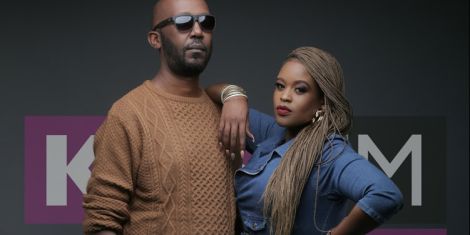 Kamene Goro reveals how she attempted suicide after being dumped via WhatsApp: After being featured on the cover of the True Love magazine’s September issue, Kiss FM presenter Kamene Goro on Saturday, September 14, took to Instagram to celebrate her newest triumph.

In the no-holds-barred interview for the magazine, Kamene had some choice words for women stuck in abusive relationships at the expense of their wellbeing.

She had been approached to talk about how she was moving on after an acrimonious split with a man she had been in a relationship with for five years.

Kamene revealed how she attempted to commit suicide after her estranged husband allegedly dumped her via WhatsApp, barely a year after marriage.

“Towards the end of my marriage, I was depressed. I popped about 70 sleeping pills to end it all. But just when I started to feel woozy, I heard a still voice asking, ‘do you not trust me to handle this for you?’ Thankfully there was an AAR a few doors from where I lived. I drove myself there and got my stomach pumped,” she revealed.

She bashed the women around her for misleading her when she was unhappy with her abusive marriage. She alleged that only one woman encouraged her to walk away when things became too much.

“Women contribute to each other’s suffering by misleading each other. He cheated on me till I tried suicide yet I was still being told to hang on,” she stated.

Kamene reflected on how her experience informed the decision to focus on building herself a better life.

She said she parted ways with her husband in 2017 after she caught him cheating on her severally.

Kamene Goro is a law graduate and journalist who has also had her fair share of controversies over the years.

In April, she made news after revealing the number of men she had had intimate relationships with on a show hosted by K24 TV‘s Betty Kyalo.

She was at some point a news anchor at Ebru TV before she went on to host a radio show on NRG Radio before her current stint at Kiss FM.