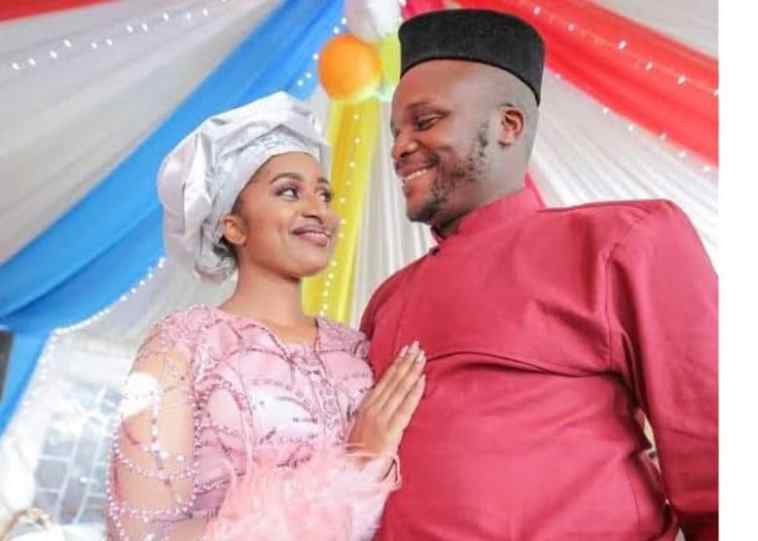 Heated Debate: Why Luo Men Are Marrying Outside The Tribe: A heated debate is simmering on social media regarding the number of Luo men marrying outside their tribe after popular comedian and Milele FM Radio Host Felix Odiwuor aka Jalang’o introduced his wife who happened to be Taita.

This did not go well with some people of the Luo community, with Luo men and women expressing worry about the number of successful men marrying outside the tribe.

On Saturday October 26, Jalang’o introduced her better half Amina Chao in stunning photos after they tied a not in in a lavish traditional wedding.

The pictures posted on his Instagram was captioned, “Jaber is Jaber” which is Luo name for a beautiful lady.

The Luo men in particular, faulted their Luo women as a justification to marry outside.

According to the discussions, Luo women have been labelled hard headed and arrogant, hence hard to deal with.

Additionally, some of the Luo men outlined characteristics including excessive partying, untidiness and being too vocal as some of the things that throw them off Luo women.

Sir Evans Hevi through a Facebook post said,” According to my own research, soon the number of mature single ladies will increase and overtake central because most of them are arrogant with no good reason, the art of personal hygiene is still a thing of the past to them and most of them are unsubmissive. If you are not submissive, forget marriage as no sane man is ready to marry another man,” read the post.

Among the prominent Luo men quoted to have married from outside Luo tribe or had relationships  include Embakasi East MP Paul Ongili aka Babu Owino, Radio Maisha presenter Nick Odhiambo, Late Fidel Odinga, Jalang’o, Erick Omondi among others.

Another Facebook user stated that Luo women were more concerned with their statuses and do not go an extra mile. He added that they are more focused on clubbing and way of dressing as compared to women from other tribes who are hardworking.

This translates to,” Other women are busy with wishing their children success while Luo women wake up to argue with the grandmothers and quarrel over clothes,”.

The Luo women on the other hand were very defensive, terming the trend of marrying from outside the tribe as a way to spite them.

For instance, they threw insults terming the men who marry from outside the tribe as unfocused and weak hence unable to handle strong opinionated women.

At the same time, they said that they were comfortable as they were and were not willing to change to please people, rather they are focused on getting married to European men and driving their own vehicles.