Near-Death Experience Of Njonjo’s Daughter That Led to Husband

Near-Death Experience Of Njonjo’s Daughter That Led to Husband 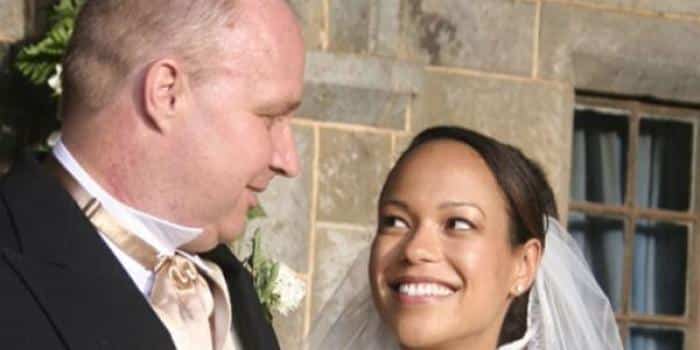 Wairimu Njonjo is the firstborn daughter of Charles Njonjo, a veteran politician and the former attorney general.

Ms Wairimu is a lawyer by profession and has practised criminal law at the London bar.

However, five years after graduating with a masters in law, she came back to Kenya in 2004, where she dropped her career and decided to follow her passion.

The veteran politician’s daughter is an enthusiastic diver and a fully qualified Professional Association of Diving Instructors (PADI) diving instructor.

Wairimu is also married to a German marine conservationist, Volker Bassen, a man who literally saved her life in a near-death experience.

Bassen rescued her when she got involved in a boat accident while on a diving expedition.

“A freak wave hit our boat hard, overturning it during a diving excursion in the South Coast. I lay trapped under the boat with a fractured eye socket after a metal frame hit my sunglasses.

“I was in a lot of pain, a big piece of glass stuck out of my eye. Volker managed to retrieve me from under the boat and swam with me to the shore,” Wairimu stated in a previous interview with The Standard.

Wairimu’s husband later took her to Diani Beach Hospital where she got medical attention.

Their friendship started from then on and in 2009, the two got married in a private wedding.

The couple has founded the East African Whale Shark Trust (EAWST), which helps to conserve the endangered whale shark.

“Our aim in starting this work was to pressurise the Kenya Wildlife Service (KWS) which has jurisdiction over marine creatures to ban hunting of whale sharks along the Kenyan coastline,” she stated in a previous interview.

How the presidential debate will be conducted

Word For Today: Obedience in the midst of pain.