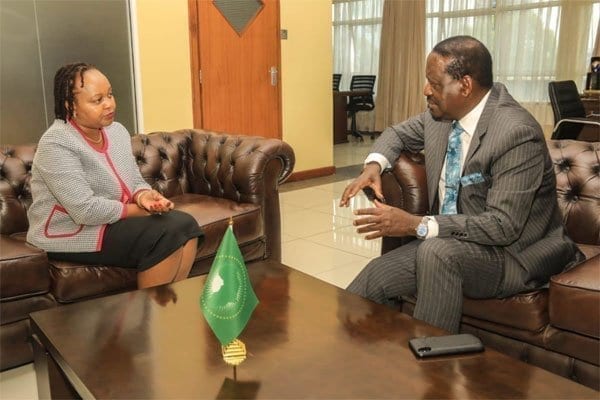 The two were in a closed-door meeting for nearly an hour.

Ms Waiguru told Nation that they had a general conversation where they discussed the “BBI and national cohesion.” “The proposed journey which is hoped for is: We are starting with civic education as we get public input,” she said.

The governor pointed out that they would then seek one million signatures from Kenyans to endorse the proposed changes “as the input is developed into a bill and taken to IEBC”.

“The IEBC then takes it to county assemblies, where we need at least half the counties to pass the bill,” she disclosed.

After approval by at least 24 county assemblies, the proponents of the drive according to Ms Waiguru now agree that it can then be taken to the National Assembly, where the threshold for approval will now be easy.

“We will only need 50 per cent of those present (in Parliament) to pass it. That way, a referendum will not be necessary,” added Ms Waiguru.

She, however, noted that the public will have the final say.

Their meeting came barely a day after National Assembly Speakr Justin Muturi said taking the BBI report to Parliament in its current form runs the risk that it would be mutilated by politicians and effectively dilute the objectives of the initiative.

“It is a fact that some of us think that we should take it and run away with it. People will pick areas that interest them and at the end of it we will not be implementing that report,” he said on Monday.

The Speaker also noted that going by how Parliament has operated since 2013, no constitutional amendment had ever been passed by the House and thus such an initiative would still suffer the same fate.

The team will look into issues that have not been addressed and forward the report to the governor in two weeks.

According to the governor, the committee, which comprises experts drawn from the business sector, university student leaders, industrialists, small-scale traders, health professionals, farmers and civil society actors, will be looking into how the report addresses issues in their fields and hand over their recommendations to the county boss.