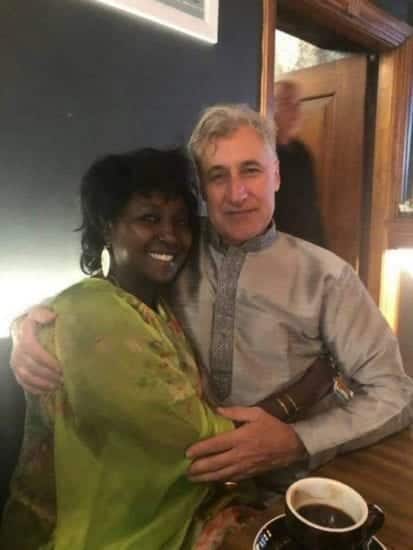 Leaders and members of the public have been locked in a debate after intimate photos of Uasin Gishu Woman Representative Gladys Boss Shollei did rounds online on Friday, January 24, 2020.

The former judiciary chief registrar could be seen embracing and holding hands with a man of caucasian descent, leading people to think that the duo was in a relationship.

This stirred an online debate, especially since she had divorced Sam Shollei earlier that month.

Members of the public and leaders alike conceded to different views. While others congratulated the former judiciary chief registrar, others ridiculed her, and a few were sceptical of neither criticism nor praise.

“Congratulations my sister, Gladys Boss. They move on, we move on. They get engaged, we get engaged,” Millie posted, referencing to Gladys’ ex-husband who got engaged two days after the court officially ended their marriage.

A section of Kenyans who had followed the Shollei’s divorce case alleged that the two were in separate relationships long before the official court ruling, prompting them to go public after the court pronounced them legally separated.

Since the woman rep did not address the now-viral photos, it is unclear whether the man in the images is in a relationship with her.

Her ex-husband, Sam, turned a new leaf after he married Faith Ronoh who hails from Chepkorio, Elgeyo Marakwet as informed by KTN reporter who spoke to Kenyans.co.ke.

The two were engaged in a traditional ceremony, Koito, that was held on Friday, January 10, 2020.

Gladys and her ex-husband sealed their split on January 8 at Milimani Commercial Courts where Chief Magistrate PN Gesora, who authorized the divorce, describing the marriage as ‘irretrievably broken down’ as he annulled it on ‘grounds of cruelty’.

According to court documents referenced by Standard-owned publication, The Nairobian, the divorce was initiated by Sam on September 6, 2019, who told the court he and Gladys had been living apart for four years.