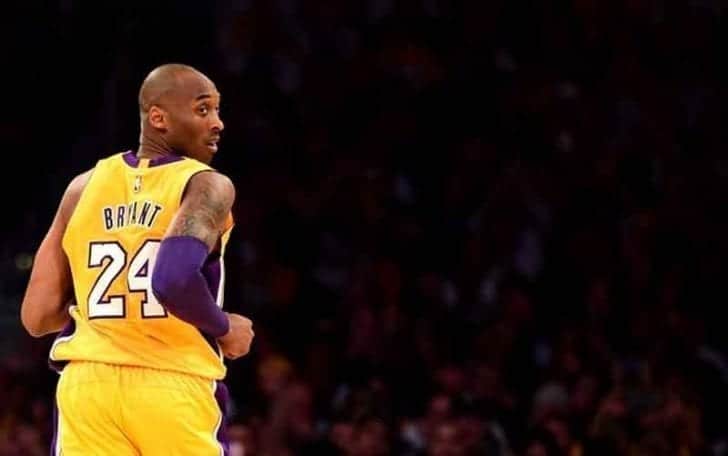 Vanessa Bryant spoke out on Wednesday for the first time since her husband Kobe Bryant and daughter Gianna were killed in a horrific helicopter crash, saying the family is “completely devastated” by the tragedy.

Vanessa, who married Kobe in 2001 when she was still a teenager, took to Instagram to communicate her grief but said she was at a loss for words.

“We are completely devastated by the sudden loss of my adoring husband, Kobe — the amazing father of our children; and my beautiful, sweet Gianna — a loving, thoughtful, and wonderful daughter, and amazing sister to Natalia, Bianka and Capri,” she wrote on her account.

Her comments come three days after Bryant and their 13-year-old daughter died when the Sikorsky S-76 they were riding in slammed into a rugged hillside in thick fog in Calabasas, northwest of Los Angeles. The crash also killed seven others.

The helicopter was headed to Bryant’s Mamba Sports Academy in Thousand Oaks, where Gianna was scheduled to play a basketball tournament.

“There aren’t enough words to describe our pain right now,” said Vanessa, who also changed her Instagram picture to one of Kobe and Gianna embracing. “I take comfort in knowing that Kobe and Gigi both knew that they were so deeply loved.

“We were so incredibly blessed to have them in our lives. I wish they were here with us forever. They were our beautiful blessings taken from us too soon.”

In the wake of the tragedy, Vanessa said they are still trying to come to grips with the fact that they are gone.

“I’m not sure what our lives hold beyond today, and it’s impossible to imagine life without them,” she added. “But we wake up each day, trying to keep pushing because Kobe, and our baby girl, Gigi, are shining on us to light the way.

“Our love for them is endless — and that’s to say, immeasurable. I just wish I could hug them, kiss them and bless them. Have them here with us, forever.”

Vanessa and Kobe Bryant met on the set of a video shoot for which she was modelling. She was 17 and a senior in high school at the time.

They were engaged in 2001 before getting married six months later. They had four daughters together. The oldest Natalia is 17 while Bianka is three years old and Capri just seven months.

Kobe’s parents didn’t attend the wedding, partly because Kobe’s father was uncomfortable with Vanessa being Latino instead of African-American.

In 2003, Kobe was accused of sexually assaulting a 19-year-old woman at a Colorado hotel. Vanessa attended a news conference at Staples Centre arena in Los Angeles and sat next to Kobe as he professed his love to her.

“I love my wife with all my heart. She’s my backbone,” Kobe said from the podium.

Kobe admitted in front of her to being unfaithful but denied sexual assault. The case was eventually dismissed after the accuser dropped the charges.

Vanessa also thanked the millions of fans who have shown their support for the families involved.

“My girls and I want to thank the millions of people who’ve shown support and love during this horrific time. Thank you for all the prayers. We definitely need them,” she said.

Vanessa signed off by expressing more thanks “for lifting us up in your prayers, and for loving Kobe, Gigi, Natalia, Bianka, Capri and me.”

“We ask that you grant us the respect and privacy we will need to navigate this new reality,” she added.