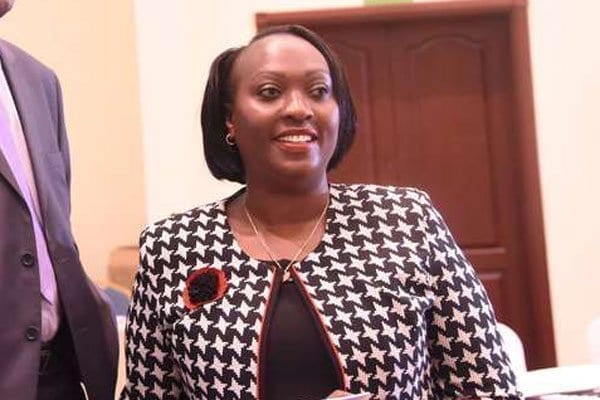 Embattled Nairobi Governor Mike Sonko on Monday nominated Ann Kananu Mwenda as his deputy in a bid to avert paralysis at City Hall as he battles charges over misappropriation of more than Sh357 million.

Sonko’s hope is that the City County Assembly will clear his nominee to take up the post left vacant by Polycarp Igathe, who quit on January 12, 2018.

But just who is Ann Kananu Mwenda?

Ms Mwenda has been serving as Sonko’s chief officer for disaster management and coordination since May 2018. This followed her successful vetting by Nairobi County Assembly’s Committee on Culture and Community Services.

Before joining City Hall, the 39-year-old Criminology graduate worked as a security supervisor in charge of quality control and training at the Kenya Airports Authority.

She attended Saint Michael Primary School in the same county from Class One to Eight where Mathematics and Science were her favourite subjects.

She then joined Our Lady of Mercy Girls, Nagundu where she proceeded to sit her Kenya Certificate of Secondary Education (KCSE) in 1999.

Thereafter, she worked as a service and personal assistant (PA) to the CEO, Mokir Enterprises, between 2002 and 2003.

The deputy governor nominee holds a degree in Criminology and Security Management (Forensic and Criminal Investigation) from Dedan Kimathi University.

This is in addition to a Diploma in Criminology and Security Management from St Paul’s University in 2013.

Ms Mwenda also has two certificates in Human Resource Management and Public Relations from the University of Nairobi, attained between 2011 and 2012.

She also holds certificates in Crisis Management from AVSEC, Female Screening and Man Portable Air Defence Systems from the US Department of Homeland Security.

She was married to the late Philip Njiru Muthathai who passed away in January last year in a grisly road accident at Devki, Athi River.

Ms Mwenda enjoys a good working relationship with Mr Sonko and could be the reason the county boss chose to nominated her.