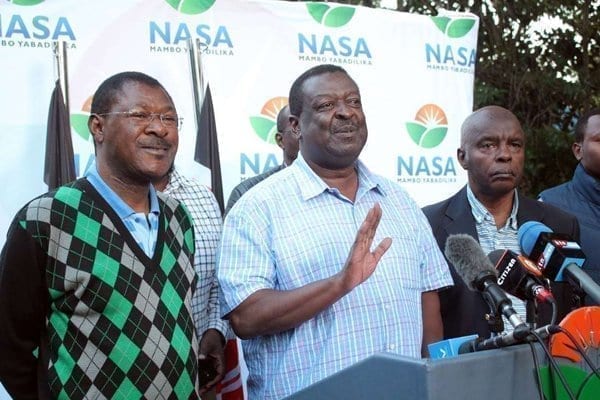 The two had earlier been expected to attend a parallel rally in Mumias which was organised by politicians allied to Deputy President William Ruto.

Also in attendance was the council of elders Western region led by former MP Musikari Kombo.

Crowds started thronging the stadium as early as 7am. By 10am, the stadium was already full.

Senator Malala said BBI was important for Western Kenya because the region must be in government in 2022.

“For us to be in government, we have to make the right political steps and the right step is championing for BBI,” said Senator Malala.

“We said we have one meeting today and you can all witness it,” he said referring to Mudavadi and Wetangula’s presence.

In Mumias, leaders who had planned to hold a parallel meeting at Nabongo Grounds and their supporters kept off the venue and convened a press conference at Harambee Market, about 13 kilometres from the venue of their intended meeting.

Former Sports CS Rashid Echesa said they had only postponed their meeting to next weekend.

“After they finish their BBI meeting, we will bring ours next weekend,” Mr Echesa said at Harambee Market.

A contingent of police officers arrived at the market forcing the leaders to hurriedly leave.