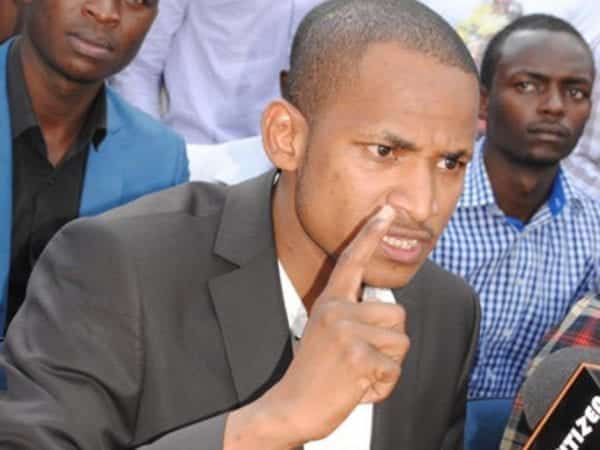 This comes after the legislator allegedly shot and injured a DJ at a popular night club in Kilimani, Nairobi, in the early hours of Friday morning.

“We will charge him with attempted murder. It is apparent that he wanted to kill the man,” Mr Kinoti said.

Police Friday morning arrested the stormy Orange Democratic Movement lawmaker over the 4 am shooting incident at B Club on Galana Road.

A police report seen by the Nation states that the MP drew his pistol and opened fire on the DJ, identified as Felix Orinda, after a heated exchange.

“He drew his pistol and shot the DJ in the neck. The victim was rushed to Nairobi Hospital in serious condition by the management of the club,” the report said in part.

Crime scene tape at Galana Plaza where B Club is located. PHOTO | COURTESY

Detectives say they rushed to the scene but were yet to find the firearm.

“Officers are currently at the scene searching for the cartridge,” the report says.

“The MP is in lawful custody as further investigations continue,” the DCI said in a Twitter post.

Mr Owino was driven to Kilimani Police Station, where he was being held by the time of going to press.

The young, controversial legislator is not new to drama, having courted it since his days as a student.

Ever since his days as a student leader at the University of Nairobi, Mr Owino has been in police’s bad books.

In early 2018, he was arrested by Flying Squad officers outside Parliament Buildings for allegedly assaulting a parking attendant in Westlands.

A few days later, Mr Owino posted on his social media pages that former Prime Minister Raila will be president “by ballot or bullet”.

He had also previously been summoned over allegations that he threatened IEBC Chairman Wafula Chebukati with removal from office if ODM lost the Kibra Constituency by-election.

Earlier in October 2017, he engaged in a fistfight with his Starehe counterpart Charles Njagua at Parliament Buildings.

The two later apologised and were allowed back into the chambers.

Babu Owino manhandled by the police after the arrest.

Creation Of The Next Generation Of Diaspora Remitters To Kenya Is My Goal-Amb. Githae