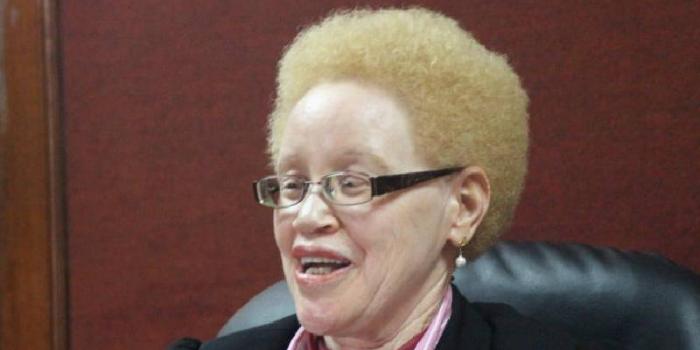 Justice Mumbi Ngugi could best be described as a tough, no-nonsense, un-movable and over the last one year, the toughest roadblock yet for governors and public servants implicated in corruption.

On July 24, 2019, Mumbi gave a landmark ruling that barred public servants facing corruption charges from accessing their offices creating a huge hurdle for elected governors accused of graft at the time.

Some of those who were affected by her ruling included governors Ferdinand Waititu, Moses Lenolkulal (Samburu), Sospeter Ojaamong (Busia) and Mike Mbuvi Sonko (Nairobi), who are all facing graft-related cases.

The respected judge’s story is one that is marked with resilience, hard work and determination.

Ngugi was born in Banana Hill, Kiambu County and attended Thimbigua Primary School, where she attained 35 out of 36 points.

Her good grades got her a slot at Bishop Gatimu Ngandu Girls’ High School, a national school in Nyeri County.

She then pursued law degrees at the University of Nairobi and the London School of Economics and Political Science, before she became a member of FIDA and a lawyer at the Kenya Human Rights Commission.

Ngugi, who doubles up as a co-founder of the Albinism Foundation for East Africa, previously stated that it has not been easy to rise to the top.

“My experiences with discrimination are less severe than the experiences most people with albinism have had.

“However, my life has not been smooth sailing. It has never been easy especially when a large proportion of society is avoiding you. In fact, finding jobs for people like me is almost impossible because the world is convinced we are intellectually challenged, or a bad omen, or just objects of curiosity,” she writes in the people with albinism website of the United Nations Human Rights Council.

Additionally, she narrated that she was always the center of attraction while growing up, mostly due to her skin pigmentation.

“When I walked into a public place, everything would come to a standstill and I would feel everyone’s eyes tearing me apart,” she stated.

Due to this, Ngugi would find herself reading books and magazines to understand more about her condition.

Through the Albinism Foundation of East Africa, the judge says that her wish is to create awareness of the condition and ensure that those living with the condition get help.

“We want to ensure the social acceptance of people with albinism. It is not fair for people with this condition to die unemployed, uneducated, unaccepted, and maimed or killed for witchcraft rituals,” she stated.