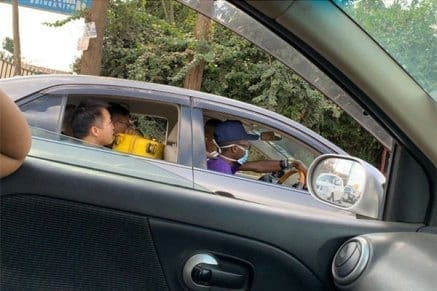 Tension has gripped residents in Athi River after some of the Chinese passengers who landed in Nairobi on Wednesday quarantined themselves in the town.

On Wednesday evening, Machakos public health officials were called in to calm nerves at the town’s Sidai estate after one of the passengers sought to isolate himself there.

Mr Qi Xiao Li, 35, who travelled from China’s Anhui Province, had struck a deal with a colleague who lives in the estate to help him stay in isolation for 14 days as ordered by Kenya’s Health ministry and the Chinese embassy in Nairobi.

“He is said to have been brought to the estate from the (Jomo Kenyatta International) Airport by an Uber taxi wearing a face mask and ushered in by his colleagues — all in masks,” said Mr Lucas Mwove, the chief officer, Public Health Machakos County.

“The occupier of house No 312 moved to stay in his place of work at Athi River Business Park to create room for quarantining the visitor.”

But there was a problem: other tenants got wind of the plan and were not ready to roll out the welcome mat for the man who works in one of the industrial parks in Athi River.

They protested and demanded that he leaves.

“We calmed down the estate management who wanted to evict him from (the) estate,” Mr Mwove said in a statement.

According to Mr Kennedy Kyalo, the estate chairman, they protested because of the casual manner in which the government let in 239 passengers who landed at JKIA aboard a China Southern Airlines plane.

“We are worried. Everybody is worried. We just don’t understand how they could let them in like that,” he told the Nation on Friday.

Athi River is one of the areas with a high Chinese population in Kenya because most of the firms building roads and other infrastructure in the country have set up their industrial parks there.

Video:Street preachers to be charged Sh1500