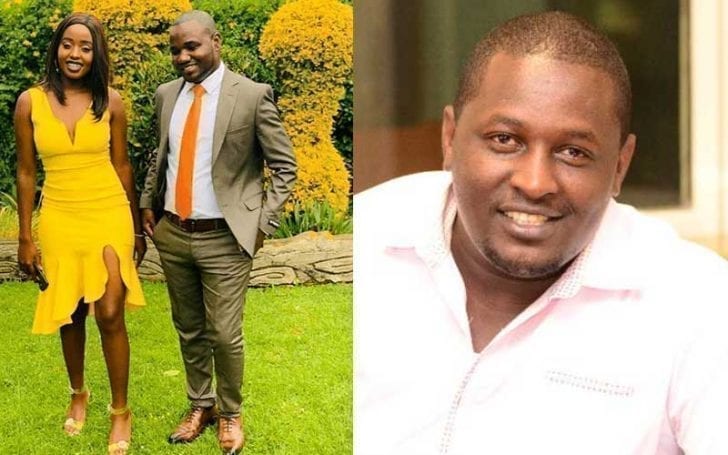 In an appreciation post on her Instagram page, the 19-year-old posted a picture of her and her doctor boyfriend all smiles, looking happier than ever.

“Appreciation post: For loving me without judging me and picking me up when the world was tearing me apart. Thank you because in you I found happiness and love.

“You have made me feel worthy again! Many people from all corners sent you links to YouTube videos telling you this and that about me but you still chose me and supported me in my healing journey. I don’t take it for granted. I love you babe,” wrote Soina.

This comes a few months after she was involved in a cheating scandal with famous comedian Terence Creative that rocked not only his marriage but also the internet.

Opening up during an interview with Edgar Obare,  Soina explained that Terence was not her sponsor and that their actions had feelings involved.

“He wasn’t a sponsor. If I didn’t love him, ndio ungesema ni sponsor. If I was just there for money ingekuwa hivyo but I think it’s not that way,” Soina said.

With rumours of the cheating scandal spreading faster than wildfire, many people got to know of the affair and as a result, Terence came clean on cheating on his wife.

In an open ‘ask me anything’ segment on his Instagram, one of Terence’s curious fans asked about the cheating claims and he confirmed that indeed, he had cheated.

“Is it true that you cheated on Milly Chebby?” a follower asked. Terence responded saying, “Yes I did, through it I’ve learnt my lesson, Milly and I will talk about it someday.”

Terence continued to blame the devil for his weak moments adding that it won’t happen again.

Milly Chebet, Terence’s wife admitted to having known about the affair before it went public, saying that she felt disappointed and stressed.

Milly explained that she didn’t see the purpose of living after.

“When it happened last year, I was so confused, I almost lost it, literally. I never saw the purpose of living. Everyone spreading lies you can’t even explain the truth or tell your side of the story.”

“Actually, what was eating me more is the fact that I couldn’t give my side of the story. I was aware of it before it became public,” she told Betty Kyallo.

During the same interview, Terence took the opportunity to appreciate his wife for always having his back despite his shortcomings.

“When I was in that corner, gambling, smoking, even when I was a ratchet that nobody would admire – they were not there. I really apologized to her because I betrayed her,” he said.

The couple is indebted to comedian Churchill who also advised them and stood with them as their sorted their marriage out.

“We need to thank our boss Ndambuki. He’s been our mentor and friend. In fact, that time when all was happening alikuwa anatuambia keep it rooted, don’t answer anyone, don’t say anything, and just be easy,” Milly said.