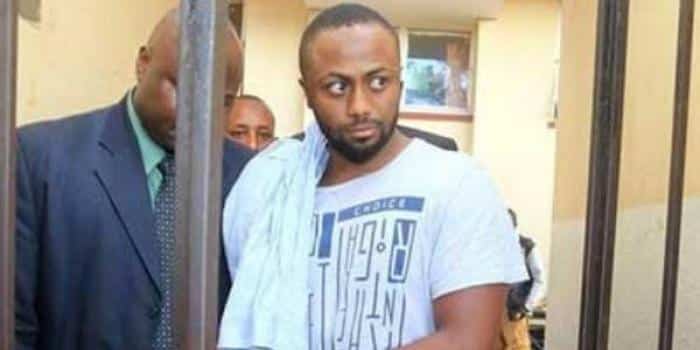 The sister to Joseph Irungu, a prime murder suspect in businesswoman Monica Kimani’s murder case, has appealed to Kenyans to help the family raise funds towards his bail money, as he was returned to Kamiti Maximum Security Prison.

Speaking to K24 TV, his sister, whose identity was not revealed, stated that friends and family had already contributed Ksh 80,000, through a pay bill that was set up by Jowie’s friend, Joe Muchiri.

“We are looking to raise the fee that has been requested by the court, to have him out from Kamiti. As a family, we are pleading with fellow Kenyans for contributions.

“This money will be used appropriately. If one will have questions on how we have used their contribution, we’ll be more than willing to make available the receipts and bank statements,” Jowie’s sister stated.

In addition, she explained that Jowie was returned to Kamiti Maximum Prison on Friday, February 14, after he failed to pay the bail money.

“We have faith that this money will be raised. We have gotten a few contributions from friends and family.

“Our dad has a parcel of land that can be sold to raise some money which will go towards securing my brother’s freedom. We are waiting for land valuers to tell us how much the land can fetch. We could use that land as part of Joseph’s bond,” she continued.

Further, she stated that Jowie would have to undergo counselling after his release from prison.

“We would recommend Joseph Irungu goes for counselling after he is released. We are not sure what he was subjected to when he was in remand. As a family, we will stand by him,” she concluded.

On Thursday, February 13, Jowie was released from police custody on a Ksh2 million cash bail or Ksh3 million bond after spending 18 months in remand.

Justice James Wakiaga granted the bail noting that the prosecution had failed to provide sufficient reason why Jowie should remain in remand.

Jowie was arrested on September 25, 2018 and charged with murder following the gruesome death of 28-year-old Monica Kimani in her Kilimani apartment.

Nairobi Estates Discussed And Analyzed-Where do you come from?