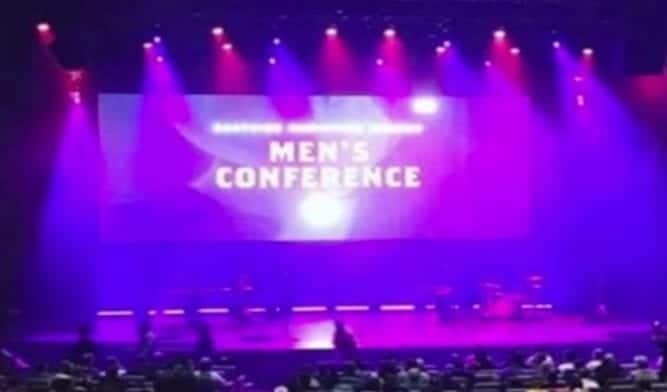 Netizens were on Friday, February 14, 2020, quick to notice the presence of women in the men’s conference that was held at the Sarova Stanley hotel.

Through social media, many did not understand why there were women in the conference that was held for the second time on valentine’s day.

A number were of the opinion that their presence diminished the value of the event as a men only kind of event.

One of the women present at the conference, Anita Raey, a radio presenter, in her defense, said that she was there because she supports men.

She added that every man needed a woman and the conference would not be complete without women present.

“I support men because every man needs a woman” – Anita Raey

Another, identified as Mkamburi Chigogo stated that her reason for being at the event was to know the secrets men keep.

“We have to know men’s little secrets,” said Mkamburi.

Some of the reactions from Kenyans online include;

David Omemu Ayuya – Money has been poured to finish this year Men Conference 2020.

Billy Kent – What are ladies doing in a men’s conference?

Bishop Sam – Mzee Kibor should give us way foward! Are these Men?

Ramah Makoha – How are women speaking at the Men Conference 2020.