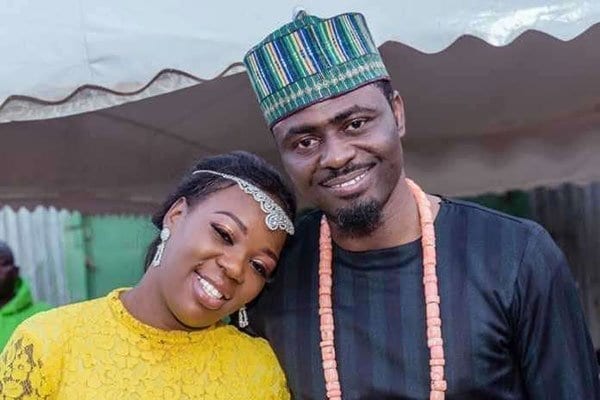 Gospel artiste and 2012 Tusker Project Fame star Ruth Matete Amoyi on Thursday recorded a statement with detectives over the death of her Nigerian husband John Apewajoye.

Ms Matete was summoned by the Directorate of Criminal Investigations (DCI) officers. After taking her statement, Ms Matete, who is two months pregnant, led detectives, forensic officers, Energy and Petroleum Regulatory Authority officials and her family lawyer, Mr Robert Odanga, to her house.

The team collected samples. The exhibits include the gas cylinder that reportedly exploded, leaving Apewajoye with serious injuries.

In her statement, Ms Matete said her husband’s upper body was burnt on March 30 at around 5pm after a failed attempt to light up their 6kg gas cylinder after a refill.

She told detectives that Apewajoye, who was only wearing a pair of trousers, thought the cylinder was overfull and tried to release some gas.

“Immediately after, he tried to light the gas and that is when it exploded,” her statement reads. She ran into the bedroom to get a duvet to cover him and put out the flames while screaming for help, which attracted the attention of her neighbours.

She said they managed to take Apewajoye to Shallom Hospital, where he stayed briefly before he was transferred to Bellevue South Hospital and admitted to the high dependency unit.

On April 5, he developed complications and was referred to Kenyatta National Hospital, where a nurse questioned Bellevue’s decision to admit a burns patient for a week knowing well that the hospital did not have a burns unit.

In her statement, KNH said her husband had not been receiving enough water at Bellevue Hospital which led to his kidney failure. “They also failed to take care of his wound so it became septic,” added Ms Matete.

The pastor stayed for a week at KNH before succumbing to his injuries on April 11 at 8.30pm. Mr Odanga, her lawyer, told the Nation that a post-mortem will be done after approval from the Nigerian Embassy.

“The embassy is still holding the body at KNH mortuary after a video was released by one of its citizen’s questioning the circumstances behind this death,” he said, adding: “We hope this shall be done soon to clear the air.”

Six witnesses, including first responders, have recorded their statements with the DCI.

The lawyer said his client had filed two complaints: one against the gas company and the other against Bellevue South Hospital.

“At Bellevue, my client was told that her husband suffered burns amounting to 40 per cent, but at KNH the degree was indicated as 60 per cent,” said Mr Odanga. “The hospital needs to answer some questions regarding how they handled the deceased.”