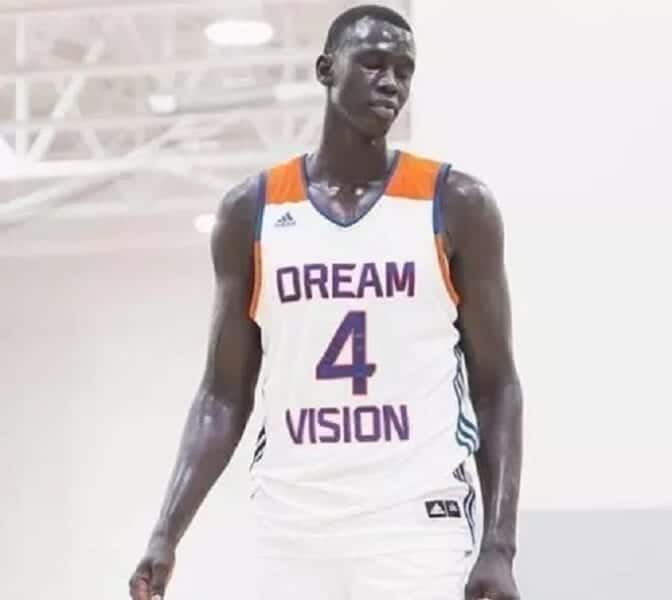 Both hope to be chosen in the NBA Draft that is set for June 25 in New York, but it could be postponed due to the coronavirus pandemic that has shut down the league since March 12.

Maker, a 6-foot-11 (2.11m) centre who most recently played at an Arizona prep school, was born to South Sudanese parents in Kenya but moved to Perth at the age of one in 2001 then relocated to the United States in 2015.

Maker, 19, is a mobile big man with ball-handling skills who impressed scouts last summer with a Southern California amateur club.

Detroit Pistons forward Thon Maker and Matur Maker, who plays on a Houston Rockets developmental team, are his cousins.

Eboua, 20, told ESPN he has submitted paperwork to the NBA to ensure his draft eligibility. He was seen by Italian scouts while playing in college at Douala and moved to Rome in 2015.

This past season, Eboua scored 7.4 points and grabbed 5.3 rebounds a game with VL Pesaro of the Italian league.

“This last year in Pesaro was a great experience for me,” Eboua told ESPN. “They provided a wonderful atmosphere to get better in and I definitely tried to take advantage of that as much as possible.

“I believe NBA teams saw the energy, athleticism, competitiveness I bring every moment I am on the floor and that I’m definitely not afraid of a little contact.”

Eboua says he has been working out in Italy but hopes to relocate to Southern California when possible and continue his training there.