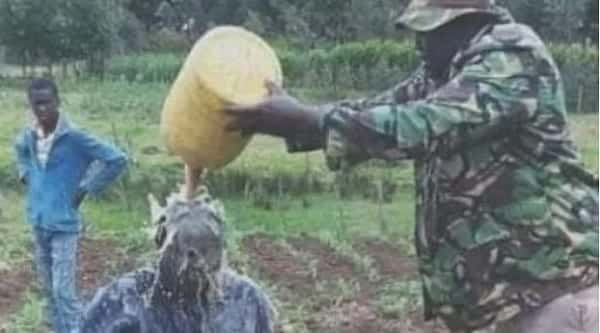 A disabled woman from Kipkabius location in Uasin Gishu County narrated her nasty ordeal at the hands of a rogue village chief Jeremiah Muge Chemwalo who beat her up before pouring illicit liquor on her.

Chepkoech Kigen a disabled mother of two is one of the two women who suffered by reason of the local area administrative official within Uasin Gishu county on Thursday, 9th April, with their photos inviting an uproar from Kenyans who expressed concern on how they were handled.

Chepkoech who earns a living by selling outlawed brew commonly referred to as Busaa says that they found her in her compound while conducting a search for outlawed alcohol, and proceeded to beat her up before finally getting one of the drums that had busaa in it and pouring it over her body. 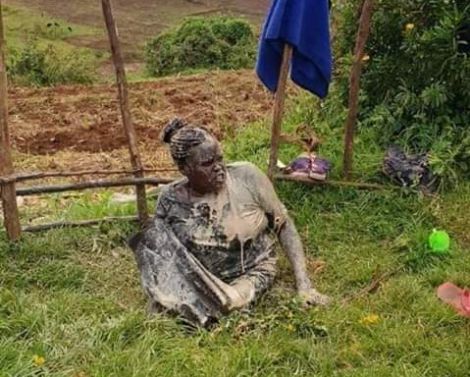 Chepkoech says that she suffered injuries from the beatings she received and has already sought medical attention, but wants action to be taken against the chief and his fellow security officials who were involved in the raid.

Revealed: Davis Chirchir is now chief of staff at…

The actions of the chief raised an online uproar from various Kenyans calling for his arrest and interdiction.

Since the photos went viral the area chief has been sending emissaries to Chepkoech seeking her forgiveness, for the inhumane treatment to which he subjected her.

“I have received complaints from members of the public, and I have summoned the chief and other administrators to my office on Tuesday,” said Jaldesa.

Residents have accused the chief of ruling them with an iron fist as it is not the first time that he is accused of pouring liquor on helpless women.

Law Society of Kenya through their president Nelson Havi has vowed to institute legal proceedings against Jeremiah for his acts on the two women.