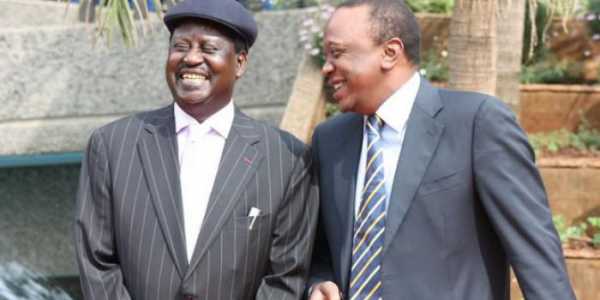 Radical surgery on National Assembly and Senate committees is in the offing as President Uhuru Kenyatta and Orange Democratic Movement leader Raila Odinga lay the ground for smooth implementation of the Building Bridges Initiative (BBI) report.

At a meeting on Thursday, Mr Odinga told his lieutenants to move quickly and change the composition of committees.

The changes, he said, are part of the preparations to start the legal process he is working on with the President for implementing the report once Covid-19 is contained.

The four-hour meeting was held at Orange House, with party insiders saying Mr Kenyatta and the ODM chief are keen on taking complete control of the two Houses in implementing their agenda.

Those who attended the meeting, which started at 2.30pm and ended at about 6pm were Senate Minority Leader James Orengo, his National Assembly counterpart John Mbadi, Minority Whip Junet Mohamed and ODM head of political affairs and Ugunja MP Opiyo Wandayi.

“The reconstitution of the committees is to ensure seamless implementation of the BBI report when it comes to Parliament. Most of the things will be done in the National Assembly and Senate,” said the source, who requested not to be named.

“The President has already started working on the leadership of the Senate from his side.”

He was referring to the replacement of Deputy President William Ruto’s allies Kipchumba Murkomen and Susan Kihika as Senate majority leader and chief whip, respectively.

The Jubilee Party has confirmed that the purge it started in the Senate is heading to the National Assembly.

“The party is cleaning up. You can’t implement the Jubilee agenda with a hostile leadership. You can take this to the bank. The purge in the National Assembly is coming,” Mr Murathe said.

Those targeted include Kikuyu MP Kimani Ichung’wah, the chairman of the Budget and Appropriations Committee, Minority Whip Benjamin Washiali and his deputy Cecily Mbarire.

It is still not clear if National Assembly Majority Leader Aden Duale is also on the chopping board.

For ODM, committee changes will just be a formality, as a majority of its members have largely supported the March 9, 2018 Handshake between Mr Kenyatta and Mr Odinga.

However, the party has de-whipped Narok Senator Ledama Olekina from both the County Public Accounts and Investments Committee and the House Business Committee after he colluded with Jubilee lawmakers to clinch the position.

The source said Mr Odinga informed the ODM leaders of his constant consultation with the President.

“We will seize every opportunity to bring the reforms we have been yearning for at this moment when there is still … camaraderie between the two leaders,’’ the source added.

Mr Orengo, Mr Mohamed and Mr Mbadi will meet next week to work on the reconstitution of committee membership. It is still not clear who will be moved.

The ODM leader told his troops that it will be pointless to join the government when the BBI report and the necessary constitutional reforms have not been effected.

Mr Odinga reportedly told them that the Orange party is considering a long working relationship with Jubilee, “even post-2022, and so the focus now must be on implementing the BBI report and pushing for the reforms”.

“We are not interested in forming a government of national unity at this moment. There is no hurry for that,” the ODM insider told the Nation.

“We have a party and ODM is the minority in the National Assembly and the Senate and so we are playing our role as required. Treat everything you have been reading in the press as rumours.”

The meeting also discussed the measures to be taken on the country’s economic recovery post-coronavirus.

President Kenyatta has reportedly talked to Mr Odinga and agreed to come up with a programme on resuscitating an economy that has taken a heavy beating.

The meeting of the central management committee was informal, meaning no press statements could be issued.

VIDEO: Turkana residents use cow urine as sanitiser to keep virus at bay