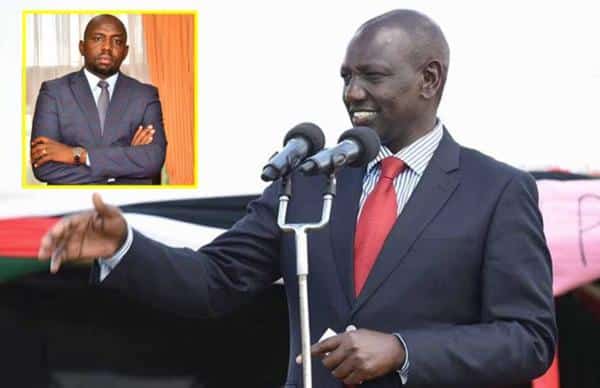 Former Senate Majority leader Kipchumba Murkomen has revealed why Deputy President William Ruto did not intervene in his ouster.

Speaking on Citizen TV, Murkomen says Ruto did not intervene in his ouster, because the deputy president cannot compete with President Uhuru.

“He cannot compete with the president, he cannot have a parallel party to the one that sponsored him and the president to the positions they currently occupy,” said Murkomen.

The Elgeyo Marakwet Senator, who is a close ally of Ruto, said that the Deputy President also encouraged him after he reached out to him.

The Deputy President, according to Murkomen, said that to achieve greatness, one must overcome some obstacles.

Ruto even challenged him that his (Murkomen) ouster cannot be compared to what he faced during the prosecution at ICC in The Hague.

“I called the deputy president today and he encouraged me to stand firm and focus ahead, because in life one has to go through a hard time to be successful.