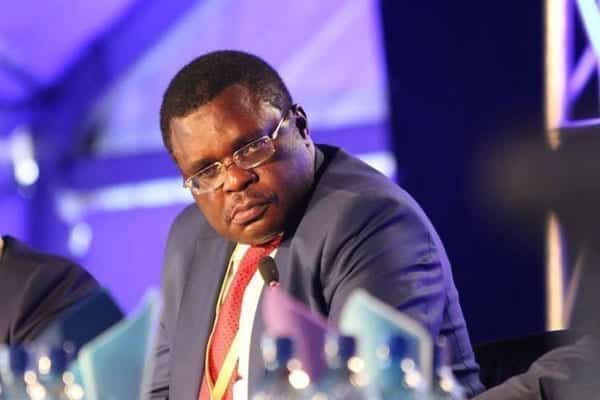 Senate Speaker Kenneth Lusaka on Tuesday, April 12 found himself in the spotlight after giving the go-ahead for changes in the leadership of Jubilee Party in the house.

He communicated the announcement from the party that Senators Samuel Poghisio and Irungu Kang’ata would serve as Majority Leader and Whip respectively, replacing Kipchumba Murkomen and Susan Kihika.

Lusaka made the decision despite the Political Parties Disputes Tribunal (PPDT) suspending the post-election coalition agreement between Jubilee and Kenya African National Union (KANU), a decision that was protested as unlawful by the ousted senators.

It was the Speaker’s speech, however, that raised eyebrows even as the Elgeyo Marakwet Senator claimed he was under duress while making it, and, revived a forgotten graft scandal from his five-year stint as Governor of Bungoma County.

“Very sad that Speaker Ken Lusaka had to make such a decision. No signatures. No list of Senators who attended the purported PG. Speaker served with order invalidating Jubilee -KANU coalition yet he makes no reference. I don’t mind being replaced but please follow the damn law,” Murkomen wrote.

In 2015, Bungoma hit the headlines after the county government procured nine wheelbarrows at a cost of Ksh109, 320 each.

With Lusaka’s decision on Murkomen sending shockwaves, a section of Kenyans particularly online claimed the decision was influenced by threats to revive the case. A video of Lusaka scrambling to explain the situation at the time, touting the superior quality of the wheelbarrows, also started being widely circulated.

In what appeared to be a coordinated operation, the phrase ‘Wheelbarrow Ruling’ opened a floodgate of messages claiming Lusaka had been threatened with investigations and prosecution for past misdeeds, if any.

Murkomen, as well as Deputy President William Ruto, have previously spoken against alleged intimidation of leaders with threats of prosecution.

Lusaka was forced to call Murkomen to order in the Senate when, after Lusaka’s speech, Murkomen stated that he understood the decision was not Lusaka’s, insisting that he was under duress.

Seven suspects, members of the County Tendering Committee, were arrested and charged in connection with the blatant scam as pictures of the unusually expensive wheelbarrows went viral.

Former Kakamega Senator Boni Khalwale, an ally of Ruto, also claimed that Lusaka had failed to stand up to intimidation.

He contrasted him with former National Assembly Speaker Kenneth Marende who earned a reputation for impartiality in handling various matters.

“Speaker Marende faced immense pressure and intimidation during the Grand Coalition Government, but chose to stick to the rule of law in Parliament. Armed with court orders from the PPDT and the 23 senators in favor of Sen Murkomen, Speaker Lusaka didn’t have to break the law,” Khalwale argued.

With Lusaka’s decision, however, Murkomen’s fate was sealed with Poghisio taking up the mantle of Majority Leader.

Political commentators are scrambling to predict what the fall-out and the decision by the Political Parties Disputes Tribunal mean for the future of the Jubilee Party.