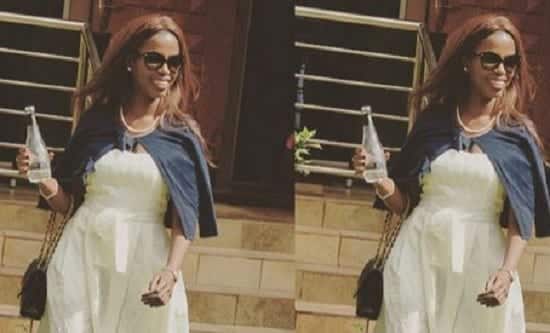 Homicide detectives have launched investigations into the death of Tecra Muigai, the daughter of Keroche Breweries CEO Tabitha Karanja, who died on Saturday after what the family referred to as a “tragic accident”.

The Nation has since established that last week on Tuesday, Tecra fell from the stairs at a private house in Shella on Lamu Island, where she was staying with her boyfriend Omar Lali.

Mr Lali has since been arrested and is assisting police with investigations into the circumstances of the fatal fall. Today, homicide detectives from the Directorate of Criminal Investigations headquarters in Nairobi will move to Lamu to look into the case.

Head of Serious Crimes at the DCI Joseph Kariuki on Sunday said even before her death, Ms Karanja’s family had written to them requesting for investigations into the circumstances of the fall.

“It is after her death that we are now handing the matter to the Homicide Unit, and we have asked them to move into the house,” he said.

“However, we have interrogated several people in regards to the matter and are waiting for a post-mortem and then maybe we can corroborate with what we get from the statements and what the investigators find,” he added without divulging identities of those interrogated.

Other sources in the DCI told the Nation that Mr Lali had given contradicting information about the incident.

“He initially said the lady fell off the stairs and later said she fell in the bathroom. Both accounts, however, are not even consistent with the place where first responders found her,” the source said.

After the fall, the source said, Tecra was taken to a local dispensary, King Fahad, and later airlifted to Nairobi for treatment.

The last-born daughter of Mrs Karanja, who until her death was the director of strategy and innovation at Keroche, is reported to have lost a lot of blood before she was rushed to hospital.

It is understood that she arrived in Shella in early April and has been staying with Mr Lali.

Sources told the Nation that when she was in town, Tecra was always seen with Mr Lali, who was arrested Sunday and taken to Lamu police station.

“The man was arrested. I saw the family here discussing the issue after the arrest,” the Nation was told.

Close friends of Tecra, in Shella, who spoke to Nation in confidence, revealed that she was living a lavish lifestyle, including daily drinking and chewing miraa with the boyfriend, although their relationship was rocky.

It is understood that before the accident, Tecra and her partner were booked at Manda-Diamond Hotel in Shella but opted to move to a private residence after the facility was closed due to the coronavirus pandemic.

At the private residence, the two are said to have continued with their lifestyle of drinking, and on the third day, Tecra was found lying unconscious in the house, blood oozing from her mouth.

“It was on Tuesday last week when one of our friends found her in a coma in the house. By that time, her boyfriend was still asleep in the house. We had to wake him up. He was in shock after finding out that she was immobile,” the Nation was told.

It was then that several calls were made to her mother, who immediately sent a private chopper from Nairobi to Lamu.

She was picked up at Manda Airport and flown to Nairobi for treatment.

“It’s unfortunate that she succumbed to the injuries she sustained here in Lamu. We’re saddened by her death,” one of her close friends in Lamu said.

Another friend, who also spoke in confidence, said Tecra’s relationship with Mr Lali was rocky.

“They began the relationship mid last year, but we felt like the man was taking advantage of the lady because of her money. They used to differ publicly so much. This was not a secret. We are calling for thorough investigations into the circumstance surrounding her death,” the Nation was told.

The investigations came as leaders and citizens condoled with the family. Deputy President William Ruto and ODM leader Raila Odinga are among leaders who have sent condolence messages.

Mr Odinga wished the family strength and courage. Dr Ruto recognised Tecra as a thought-changer, high achiever, dedicated and thorough in her duties at Keroche Breweries.

Sources close to the family described Tecra as a humble lady, who preferred to live a private life, away from her family’s fame.

Leaders in Jubilee settle on contester to defeat Governor Kidero

Why William Ruto is no pushover in Uhuru Kenyatta’s succession

Video:List of Shame-Governor Ruto says he will not step aside