Kahumburu Mutahi alias Kahu$h is a fast-rising rapper who for years has been based in the United Kingdom where he undertook an IT program from a university in Leicester.

He made his mark in the trap scene about seven months ago with the critically acclaimed hit, Mi Siwezi’. The son of Health Cabinet Sec Mutahi Kagwe currently studies politics and International Relations at the University of Nottingham in the UK.

Kahu$h also recently invented an automated Lighting and Motion Sensor System which eliminates the need to switch on or off the lights. 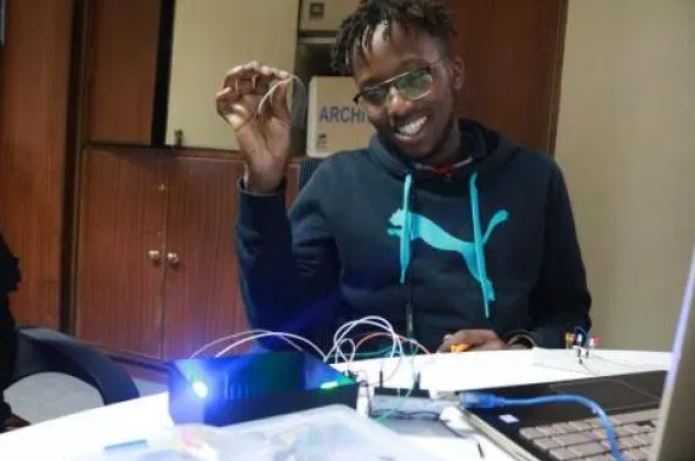 He is also a producer and a part-time soccer player.

I’m a Kenyan Trap and Shrap rapper who is passionate about his craft. I’m a footballer as well and you’ll catch me on the pitch in my free time.

Your latest EP Niko is on a big rotation and is subject to immense critical acclaim. How has that been like for you?

Niko is my sophomore ep and I couldn’t be happier to see all the love and intense reaction it has garnered so far.

My debut EP Trial and Error was purely experimental and I was actively in the process of finding myself. After that, I came to terms with myself and as cliché as it sounds, I’m on the road to finding myself and that birthed Niko.

Finding a sound that befits your essence is not always the easiest thing; do you struggle with that?

Absolutely! The quest to find my style and sound has seen me spend countless hours with my laptop and mic. It is still a journey that I’m consistently on.

You shuttle between the United Kingdom and Kenya a lot…

I first went to the UK on a scholarship owing to my football expertise. It is while there that I discovered and chose to go on a full-on pursuit for my other passion: music. After some issues with visas, I found myself trying to figure out my next path and that is how the music came to be.

What prompted you to work on Niko and its themes?

I started in August, and I wanted to make it clear how I am as a young African and how I live and think in different scenarios and vibes. Niko was chosen because I wanted to have a tape to show that despite all these things behind the scenes, loss of friends and loved ones, drugs, violence etc. There’s still a way to show that I’m around and staying, “Niko”.

The biggest rumour and chatter about town is that health cabinet secretary Mutahi Kagwe is your dad. How correct is that?

Yes, he is my dad. That is all I’ll say to that regard.

How has the hip-hop scene in the UK impacted your music?

The hip-hop scene in the UK is blooming exponentially. From Skepta and J Hus, I have seen first-hand amazing sounds being created. Being in the UK motivated me to represent my home, just like other pan-African artistes there.

Who are the artistes you are currently listening to locally and would love to work with them?

There is a wide range of impeccable talent in the country. Off the top of my mind, Korb$, Chief, Andia Sande, Boutross Munene, Xenia Manasseh and Bey T are some of the favourite acts like now. Working with them? At any given moment. I would love for that to happen.

Being indie has been a thrill. I will likely be doing it for a long time.

To keep them wondering how I keep getting better. To keep the industry growing.