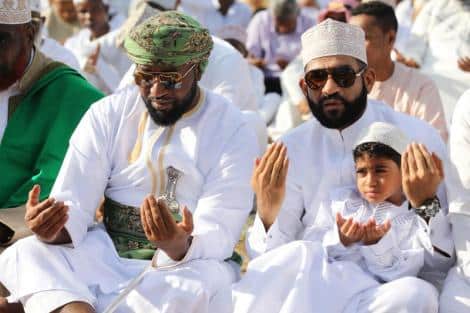 The 2022 succession battle has caused division in Jubilee and has been a thorn in the flesh of President Kenyatta and Mombasa Governor Ali Hassan Joho is likely headed in the same direction.

Just like President Kenyatta who will have to choose whom to endorse between his deputy William Ruto or handshake partner Raila Odinga, Governor Joho is set to retire in 2022 and the two biggest contenders are his close associates.

There is Suleiman Shahbal who was his 2017 rival-turned-acquaintance and his lifelong friend Abdulswamad Shariff Nassir who is the Mvita MP.

To throw a spanner to the works, Joho’s deputy William Kingi has also expressed interest in the post.

Suleiman and Joho’s proverbial handshake was announced in 2019 after the two set aside their differences which had been created during the 2017 General Election when the governor defeated his Jubilee rival.

In 2020, engagements between the two have increased, having Joho’s press team covering many of their development projects, giving Suleiman much needed publicity.

Shahbal has also met Odinga twice in Mombasa and at his Nairobi home, where it seems, apart from discussing Covid-19 issues, they had a chance to discuss Mombasa succession politics.

The billionaire has backed Joho’s plan to mobilise resources to provide food for more than 227,000 vulnerable residents who are to be affected by the measures aimed at misitgating the spread of coronavirus.

On the other hand, Mvita MP Abdulswamad Nassir has also been touted as Joho’s preferred successor going by their long history together.

They have also collaborated on many projects, the most recent being the launch of Mackinnon Market.

Their interactions and demeanor are only likened to the brotherhood President Kenyatta and Ruto enjoyed during their first term. Being Joho’s MP, he has found a way of accessing the governor in ways many others in his position cannot.

The most straightforward indication of their strong relationship was at the launch of Mackinnon Market where the governor stated that he wanted to work with Abdulswamad in the future.

“My MP is very cunning. He says we have worked together in terms of traversing the county in search of votes. I want to say that God willing, we will continue working together. We will continue and finish what we started,” Joho hinted.

Political scientists have termed the period between now and 2022 as a courtship where politicians will try to influence each other to collaborate and align themselves with the winning teams.

The governor is also building his national image in preparation to take up bigger leadership positions in the next government.

Joho has not been vocal about his preferred successor just like Uhuru but ultimately he will have to make a decision.

Why Wiper leaders are bullish in their quest for Nasa flag

Mother of Ntimama condemns men who sire children out of wedlock