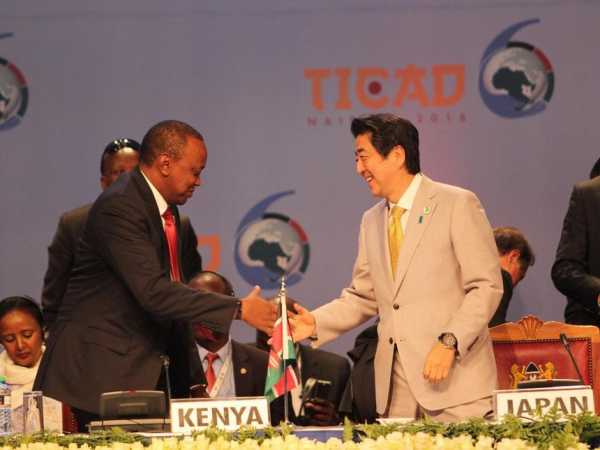 The Government of Japan through the Japan International Cooperation Agency (JICA) on Thursday, August 27, announced a Ksh8.1 billion loan to Kenya.

The loan is aimed at bolstering the attainment of Universal Health Coverage as part of President Uhuru Kenyatta’s Big Four Agenda.

Japan offered Kenya a repayment period of 30 years with a grace period of a decade with the country’s debt burden increasing.

Treasury CS Ukur Yattani (right) with a representative of the Japanese government pose for a photo after agreeing on a loan deal at the Treasury Buildings on February 27, 2020.
TWITTER

The agreement was reached between Japanese Ambassador to Kenya Ryoichi Horie and Treasury CS Ukur Yatani.

Speaking during the Covid-19 daily briefing at Afya House, Horie revealed that the amount is an addition to a Ksh 4 billion loan previously signed.

“This morning I have signed an exchange note titled Policy Loan for Attainment of the Universal Health Coverage with Honourable Yatani of Treasury at his office.

“The total amount more than Ksh8 billion. We have done a first phase of the same assistance in the past amounting to Ksh4 billion,” he noted.

The loan is expected to support the country in efforts against Covid-19 by improving access to appropriate healthcare services and reducing the financial burden on the government.

Horie also revealed that the two countries would sign another exchange note on Friday, September 4, to disperse a grant aid for provisions of medical equipment that includes over 10 counties.

The Asian country will also provide 10 ambulances through the counterpart fund to help the country fight against the deadly virus.

In addition, Japan also donated 500 Covid-19 kits to KEMRI through JICA which will facilitate over 50,000 tests according to Health Chief Administrative Secretary (CAS) Rashid Aman.