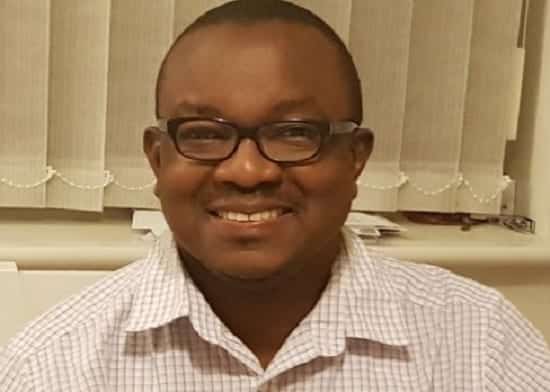 A Kenyan doctor based in the United Kingdom has said a “nonsensical” rule stops him from donating blood because of his relationship with his Kenyan wife.

The UK’s NHS rules say people cannot donate blood if a recent sexual partner may have been sexually active in parts of the world where HIV or Aids is common, including “most countries in Africa”.

NHS Blood and Transplant said it could look to review Dr Muriithi’s case.

Muriithi, who works as an obstetrician and gynaecologist in the East Midlands, said he and his wife of seven years were in a monogamous relationship.

As a doctor he has already tested negative for HIV through work since they married.

But he said he was told he could only give blood if his wife also had an HIV test through the donation service or if they refrained from sex for three months.

He said she had already had a negative NHS test result while pregnant but when he tried to donate he was told this could not be taken into account.

But he said he believed it should not be needed, given his result.

The 38-year-old, who now lives in Gamston, Nottinghamshire and has the rare AB+ blood type, said: “It’s a nonsensical barrier to donation.

“If you lock out people like me, and then carry on saying African donors are not coming forwards, it will make us look bad when it’s the system not facilitating us.

“I don’t want to appear to be a troublemaker but the NHS blood donation system needs to change to accommodate more people.

“I’m glad they are reviewing it, they need a more individualised approach.”

The NHS has made repeated calls for more black donors to come forward because they were more likely to have rare blood types.

It said it would be happy to review Muriithi’s case in light of his wife’s negative HIV test.

Su Brailsford, an NHS consultant, said the rules for who could and could not donate were based on expert advice to minimise the risk to those receiving the blood.

But she added: “We recognise that a more individualised risk assessment approach could allow more people (like Dr Muriithi) to donate safely.

“We are planning a detailed review of this policy which we hope to begin before the end of the year.”

Marende in trouble again? denies growing bhang in his village.