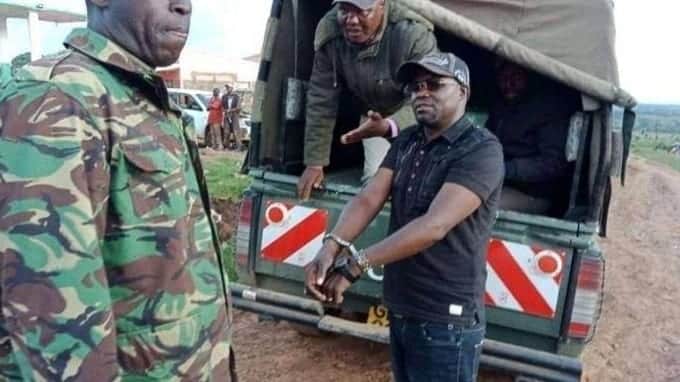 The vocal legislator was arrested at his Mogondo home shortly before 4.30pm. Ng’eno was arrested over the remarks he made on Sunday at Murkan that the police say were meant to incite communities.

When his constituents got wind that the law enforcers were looking for him, they stormed his home and guarded him.

At one point, the police officers had to shoot in the air to try and disperse the crowd, but the group stayed put.

The MP’s supporters then escorted him from his home to Emurua Dikirr police station about six kilometres away.

During the Sunday event, Ng’eno hit out at President Uhuru Kenyatta for the wrangles in Jubilee Party. He told the President to work with DP William Ruto “or go home”.

“You are not Kenya and Kenya is nor Kenyatta’s or Mama Ngina’s land. This land belongs to 47 million Kenyans, you cannot run it as you wish,” the legislator said.

He warned Uhuru to run the state constitutionally or go to Gatundu (home), adding that the President should not dictate who will succeed him, “and cannot threaten us”.

“Moi and Kibaki finished their terms and left, you should do the same next year when the time comes.” the MP added.

This is the third time Ng’eno is being arrested over incitement. In the first case on September 3 last year, the Kanu legislator was arrested with and Ololulunga MCA Jafferson Langat and his Ilmotiok counterpart Samuel Kositany at Olmekenyu trading centre in Narok South on their way to Mau Forest to assess the situation following planned evictions.

In the second incident on February 24 this year, Ng’eno was arrested with Langat (Ololulunga) and Stanley Langat (Ilkerin) at Kimogoro trading centre in Narok South subcounty for holding an illegal meeting on the Building Bridges Initiative.

Corridors of Power:Isaac Rutto and Kipchumba Murkomen in trouble

THE TEST OF TIME

Robert Alai Forced To Eat His Crap, Diaspora Lady Tells Him Off